Create, open, and save images

Pixelmator Pro lets you automate simple, repetitive tasks or execute complex workflows to improve productivity, save time, and reduce the chance of mistakes. There are a few automation options you can go for — using the Shortcuts app, macOS Automator app, or writing commands in AppleScript. The below article discusses all of these methods and their possible uses.

Use the Shortcuts app

The Shortcuts app (available on macOS Monterey) offers one of the quickest and easiest ways of processing multiple images at a time using Pixelmator Pro tools and features. Images are processed in the background, so Pixelmator Pro itself doesn't even need to be running.

In the Shortcuts app, you'll find 28 different Pixelmator Pro actions that you can use on their own or in conjunction with actions from other apps to unlock even more workflow possibilities. 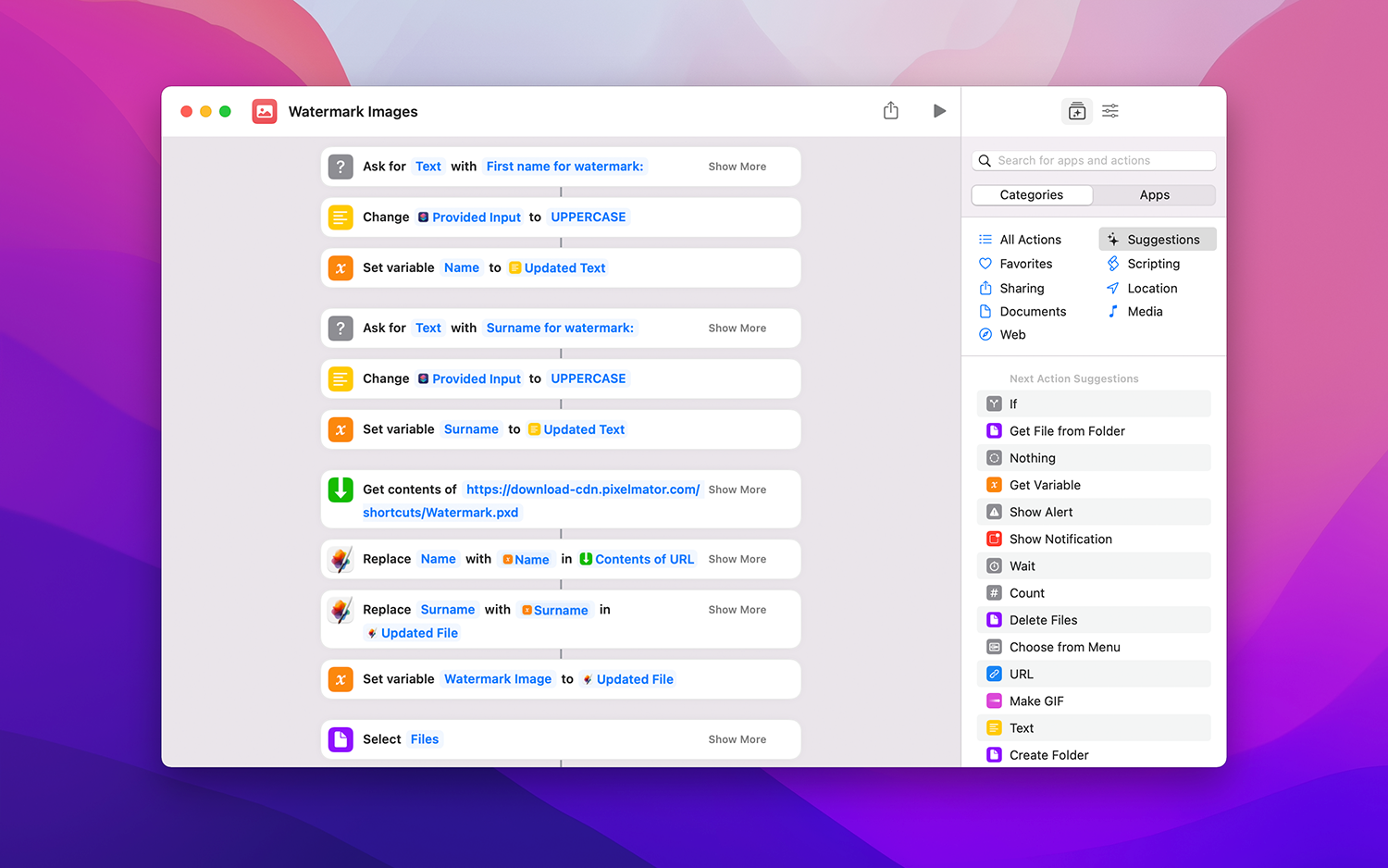 See our tutorial on batch processing images with Shortcuts to learn more about working with the Shortcuts app or check out a collection of sample shortcuts created by the Pixelmator Team here for inspiration.

AppleScript is an Apple-created programming language that lets you automate different tasks in Pixelmator Pro by giving it explicit commands in code form. Tasks from other scriptable apps can also be combined into a workflow, making the automation options virtually unlimited. AppleScript uses an English-like language to tell apps what specific actions need to be performed, so it's pretty easy to write and edit scripts with very little or no programming experience whatsoever — often, you can understand what a particular script does by simply reading it.

The key things you need to write a script for Pixelmator Pro are:

When learning any new programming language, the traditional project to start with is displaying a simple "Hello, world!" message. In Pixelmator Pro, this would include creating a new document, then adding a text layer containing this message. 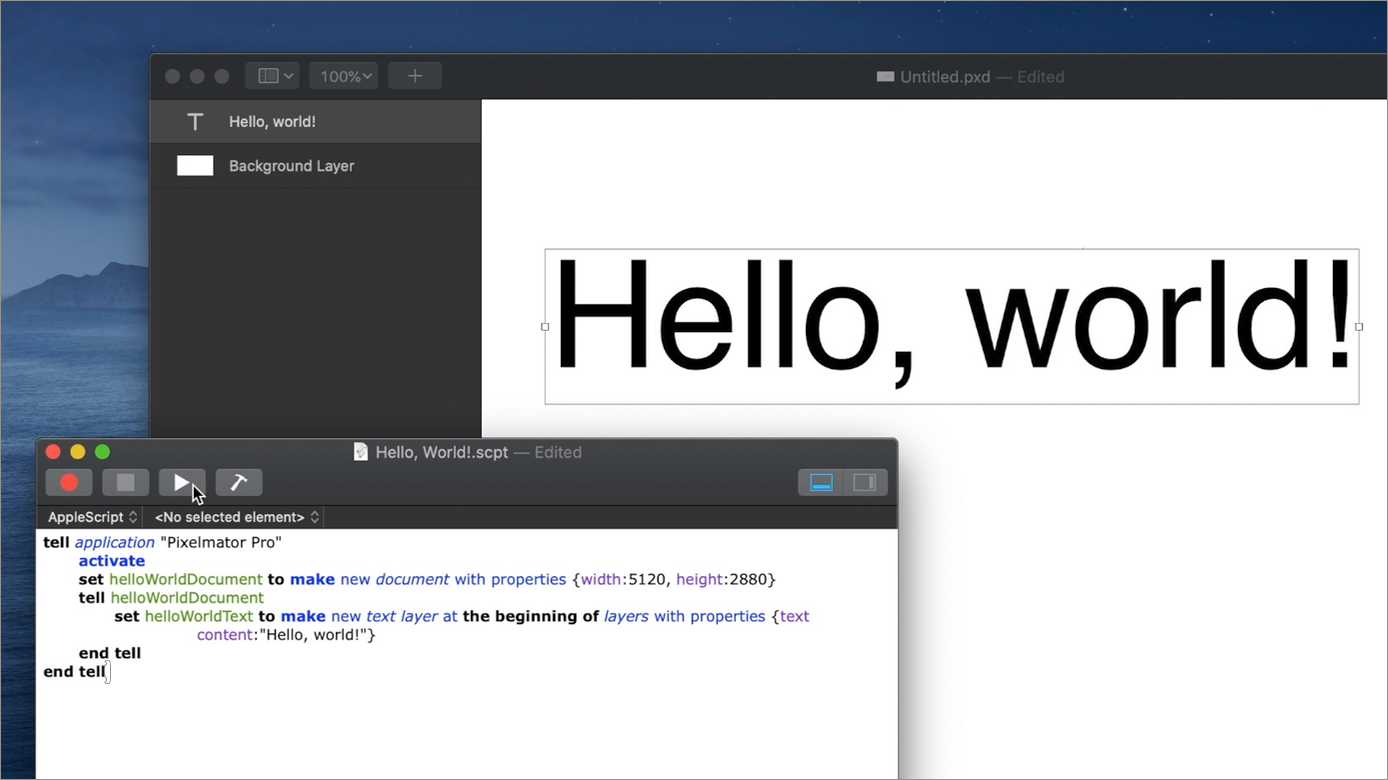 Note: The script above applies the text formatting last used in Pixelmator Pro but you can further customize it by adding additional statements, such as defining the property values of the text size, font, or color.

You can go as simple or as complex as you want with your scripts, adding different new layers, shapes, and effects. For instance, you can download this example script here to transform the simple "Hello, world!" script into an eye-catching graphic below: 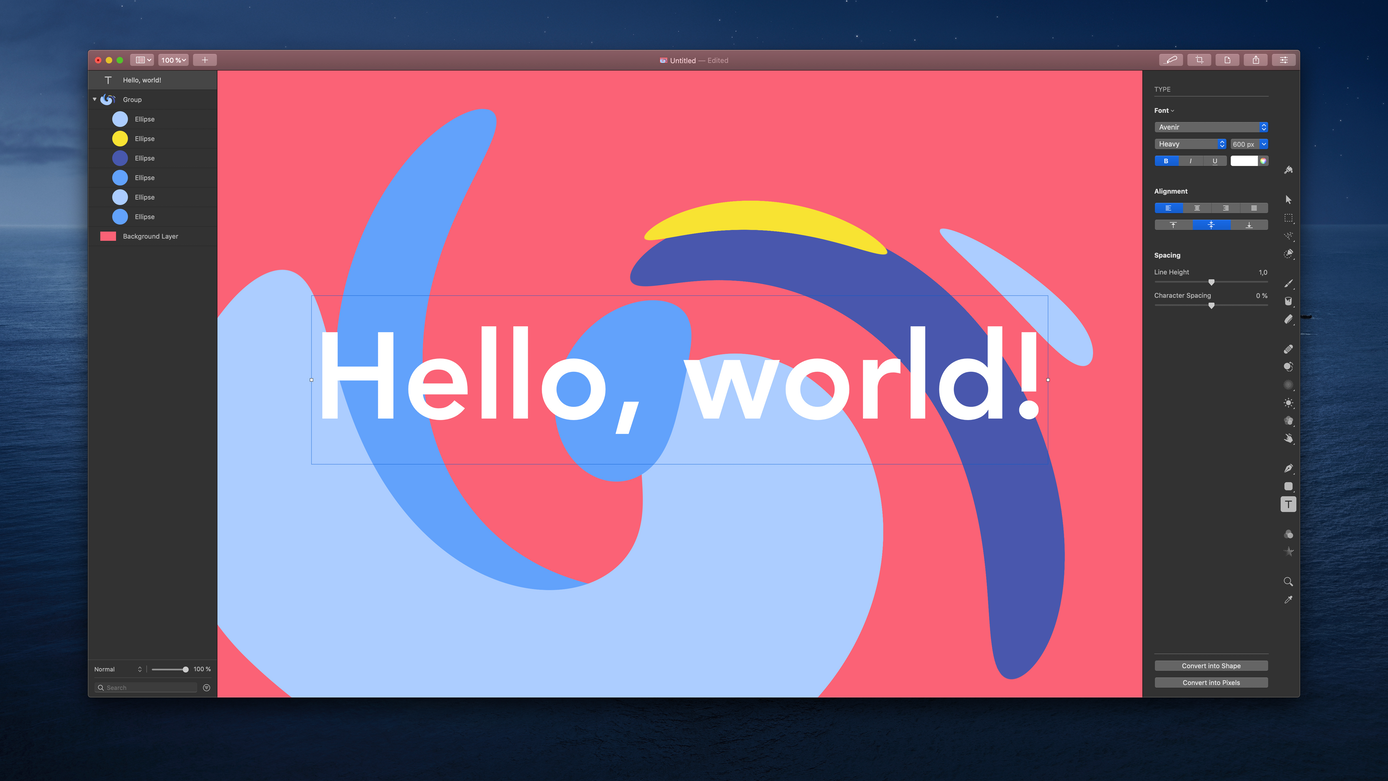 If you'd like to learn more about scripting, check out our tutorial on Advanced automation and scripting with AppleScript.

Automator is a great tool even for complete beginners as it offers a quick and easy approach to automation. It doesn't require any actual coding — you simply pick one or more of the pre-made Pixelmator Pro actions, add them to a workflow, and run it. You can also create Quick Actions, folder actions, or save individual workflows to use in the future. 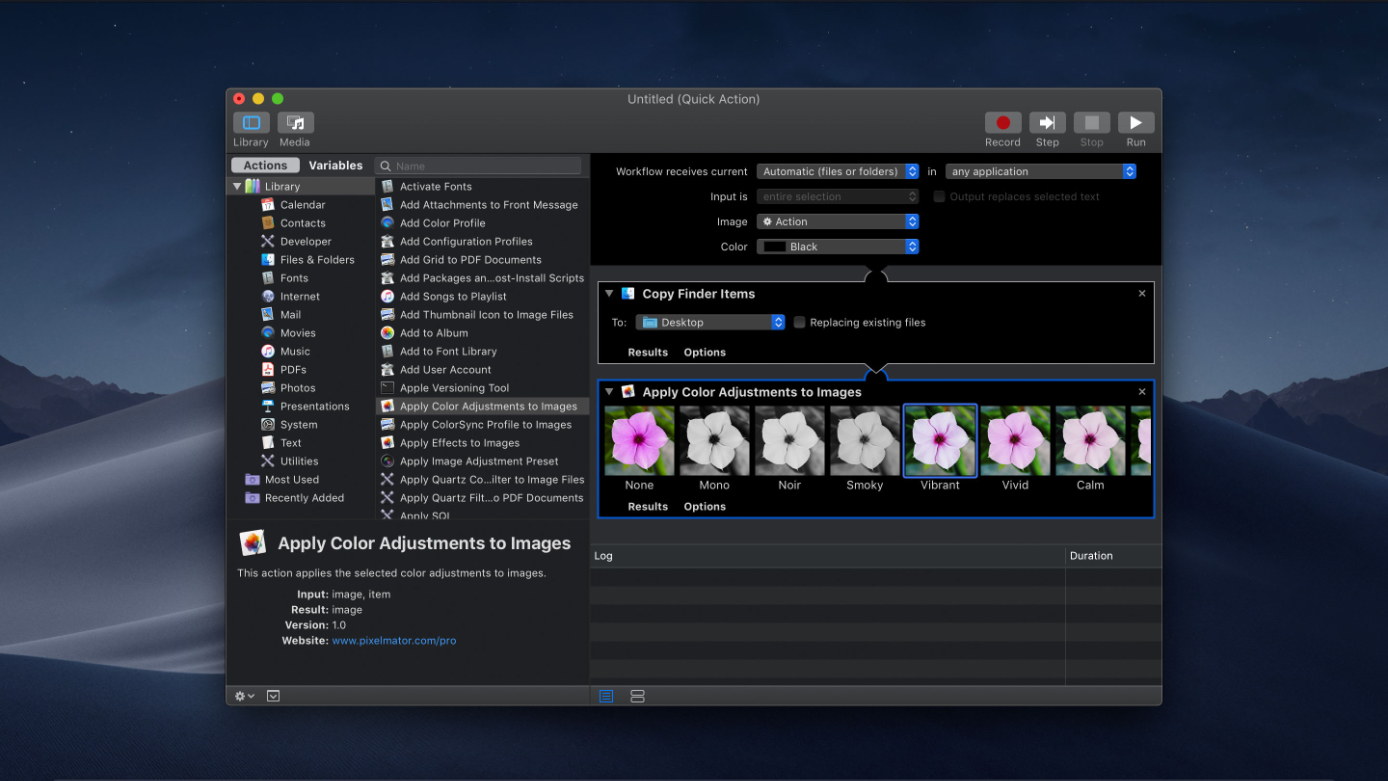 There are currently 9 different Pixelmator Pro actions you can find in Automator:

See our tutorial on batch processing images with Pixelmator Pro to learn more about working with Automator.