Now that the Pixelmator Team crew (that includes me, too!) is putting final touches to the release of a grand Pixelmator 1.2 Draftsman, I couldn’t keep myself from scribbling an oh-so-traditional article about what’s going on with our favorite image editor.

And, boy, is there lots of stuff to tell!

First of all, I hope it won’t be considered bad manners if I say a good word about the whole Pixelmator Team crew (that includes me again!) for working hard, as they did all last year and at the beginning of this year. Though just four months have passed this year, the team has fixed many bugs and made many improvements to Pixelmator. And the improvement goes on….

More good news for Pixelmator—we don’t have any plans for a holiday this summer. We will be working seriously on Pixelmator improvements, bug fixes, and (attention!) performance issues.

Yup, this summer is the summer of performance for Pixelmator, which is probably why the next major update of Pixelmator is codenamed Pixelmator 1.3 Tempo.

Our task with Tempo is to stun every single user of Pixelmator by speed (think large images) of the app as much as we did with the UI and other never-before-seen things.

Tempo does not mean that we will leave other stuff behind, not at all—we will continue those huge maintenance updates we’ve been doing. And you can rest assured that every single feature and tool in Pixelmator will see major improvements with every Pixelmator release. You can get an idea of what I am talking about if you look at recently released updates where we worked on Move, Eyedropper, Selection and Navigation tools.

By the way, just for fun, I thought you might be interested to know that we use the Lighthouse application (as its developer says, and we agree, it is “beautifully simple issue tracking”) for Pixelmator issues management, and we have over 200 tickets open. Tickets include bugs, features, and improvements that you guys submit and we work on. About 30% of those are bug fixes that should be done ASAP and 50% minor improvements required for working faster and better. All the other tickets are features submitted by our users and considered by us. Of course, there would be a lot more features if we added all of them—but are you sure you want your image editor to play music from your iTunes Library?

To sum up everything I have babbled about: this summer is going to be the Summer of Pixelmator Speed and because not many bugs are left in Pixelmator, we hope to be completely bug-free by summer’s end.

For now, so that you won’t feel like you’re departing with empty hands, I leave you with the Pixelmator 1.2 Draftsman screenshot (see next post).

P.S. One of our new members in the Pixelmator Team (who was the major forums orator for a long time)— Sebastiaan van der Velden—is working on a very cool and informative Pixelmator tutorials for those of you who are completely new or even those who already know something about image editing. I hope Pixelmator Podcast will be available in a few weeks.

P.P.S. Also, you might want to know that not only is Pixelmator’s already-huge user base expanding exponentially, but also the Pixelmator Team is growing too! There are 6 people working here for you! I think everyone will feel the benefits of the bigger team soon. 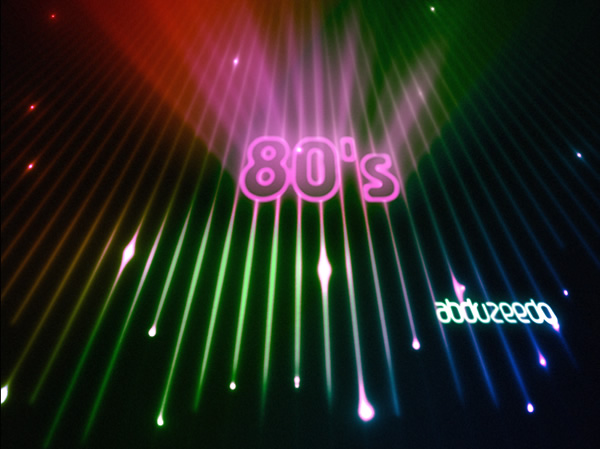 We are very happy to let you know about the release of Pixelmator 1.1.4 since it features fixes for one of the most important functions of Pixelmator – color issues – some of which have been a big headache for us.

But not anymore. Working on version 1.1.4, our main task was to repair color shifting issues, improve the Eyedropper tool, and enhance the precision of adjustment tools in Pixelmator, and we accomplished our goals. Oh, and thanks to your feedback, we also replaced the cursors, making them much more visible but still in the Mac OS X style.

Just a few more notes about other improvements for the many people out there who are interested:
• When opening PDF documents, you will see the Cover Flow window, which will let you choose the exact pages. (If we get some requests for a feature to specify the resolution when opening a page,we will add it.)
• A contextual menu for Eyedropper is now available and includes Copy (color) as HEX.
• When using painting tools, you can temporarily switch to Eyedropper by pressing the Option key on your keyboard.
• And use your shift key to paint a straight line with any of the painting tools. (You just said, “Finally!” Right?)

All the other changes are bug fixes (over 40) focusing mainly on color improvements and stability.

I’ve been following Pixelmator’s development since I first downloaded it last summer, and I’ve found it to be both the most visually arresting graphics program I’ve ever encountered in terms of user interface aesthetics and also very capable and likable in a functional sense. The developers say their target is to make Pixelmator a Photoshop challenger – and that isn’t just hype (if they’re talking Elements rather than CS).

Welcome to another wave of bug fixes and improvements to your favorite image editor. With v1.1.3, we mostly worked on Move, Zoom, Hand and Crop tools, performance, and (again) stability improvements. Check the release notes for more info.

What sets Pixelmator apart from all other apps in its class is a brilliant interface. Pants down, it is the most stunningly beautiful creative software I have ever used on any platform, and represents state of the art in Mac software design. The team behind this product are clearly at the head of the herd and raise a new bar for software developers to strive for. If there is any higher praise than that, tell me and I’ll bestow it.

I must tell you that 2007 was the best year for us so far. We created Pixelmator, which is one of the best applications that was created last year. In addition, we met a lot of amazing people. We rented a new office and most importantly, we had so much fun doing the stuff that we like to do. Oh, because we made a lot of money in 2007, we can continue having fun working with Pixelmator in 2008.

But what’s next? What’s going to happen in 2008? I believe this will be an even better year for Pixelmator — the app will reach teenager status. No doubt it will become even more popular, more stable, and much faster as we add many new and incredible things to it.

In fact, we started improving Pixelmator the same day we shipped version 1.1.1 (December 18th). Version 1.1.2 will be out in a few days (or tomorrow), and I know you’ll love it. Recently, we have been focusing on selection tools and stability, as well as a few minor performance improvements.

We still have planned a couple more minor updates for Kitten era, but are already working on some major Draftsman (version 1.2 of Pixelmator) improvements and features. I can’t wait to show you the Draftsman stuff that is in the works.

Also, there are many more major updates planned for 2008. If you were to ask me whether there will be a 2.0 this year, my answer would be, “I am not sure.” But, I must say that we plan to start working on version 2.0 once we are sure this version is perfect in terms of stability, performance, and usability.

Finally, a German version of Pixelmator is available! Many thanks to our buddies at Danholt.de who bought you not only the German language but also bring Pixelmator support for German-speaking users. Go ahead and check their Pixelmator website for more info.

But there is more in Pixelmator 1.1.1 Release Notes:

“Since Pixelmator launched just over two months ago, we’ve been incredibly focused on harnessing the full power of Mac OS X,” said Saulius Dailide of the Pixelmator Team. “And now with Core Image units, Quartz Composer compositions support, and the Quick Look plug-in, Pixelmator proves once again that it is one of the most innovative real-Mac OS X applications.”

Pixelmator 1.1 is a free update to current Pixelmator customers.