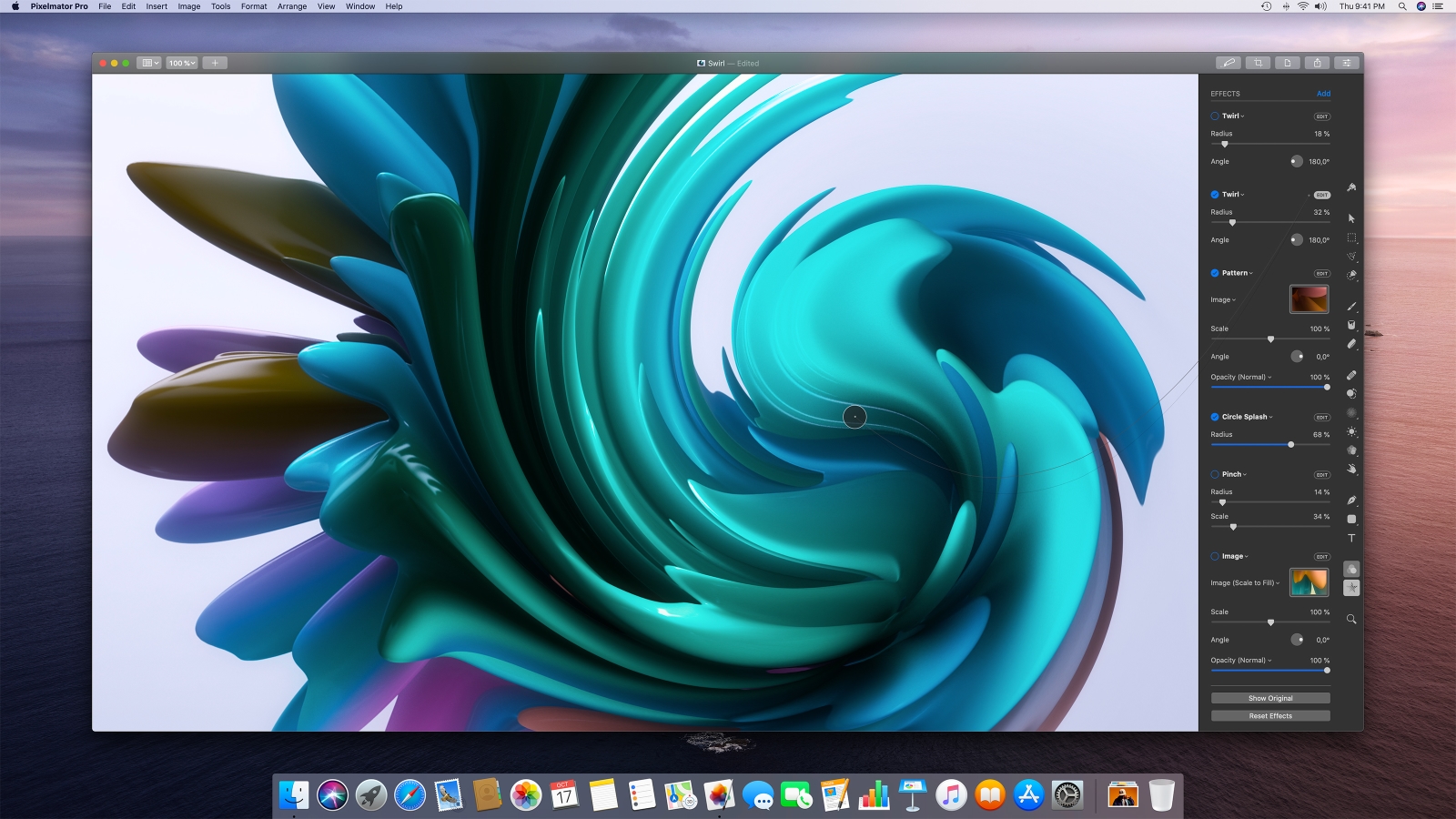 Pixelmator Pro is now fully compatible with macOS Catalina, including support for Sidecar and Apple Pencil, which means you can extend your desktop workspace using your iPad as a second Mac display! And with Apple Pencil support, you can paint, sketch, create graphic designs, and retouch your photos with pressure-sensitivity, acceleration, and tilt support as well as support for the double-tap gesture. Plus, as Pixelmator Pro fully supports Touch Bar, handy controls appear at the bottom of your iPad when using Sidecar — even if your Mac doesn’t have a Touch Bar.

Thanks to its Metal-based architecture and GPU-powered editing engine, Pixelmator Pro absolutely flies on the upcoming Mac Pro. We’ve been able to optimize multi-GPU support so that with multiple graphics processors in Mac Pro, you’ll see big performance boosts in Pixelmator Pro. And performance increases even more with each additional GPU. For example, Pixelmator Pro applies the new Core ML-powered ML Denoise up to 2.5x faster and effects up to 2x faster on Mac Pro with 2 GPUs compared to iMac Pro.

We’ve also added support for the upcoming Pro Display XDR. The display’s true 10-bit color depth and P3 wide color gamut are natively supported in Pixelmator Pro. And the new Extended Dynamic Range Mode lets you display clipped details in RAW photos. To do this, we use the display’s 1600-nit peak brightness to bring out details in the highlights without compressing the dynamic range of the rest of the photo, bringing a never-before-possible RAW editing and viewing experience.

Pixelmator Pro now has an end-to-end Metal pipeline for rendering and editing and a new asynchronous zoom engine, which brings some big performance improvements. Zooming and scrolling is now at least 10x faster and always responsive, effects are up to 2.7x faster, and painting is up to 2.4x faster!

SF Symbols, the new set of over 1,500 configurable vector icons designed by Apple, is fully supported in Pixelmator Pro. So you can easily open SF Symbols templates, customize them to create your own symbols, and even drag and drop symbols right into existing documents!

This fantastic fifth major update to Pixelmator Pro is free for all existing users, so download it, try it, and let us know how we did. As you might guess, we’re already working on some more really incredible additions to Pixelmator Pro and we can’t wait to share them with you. Until next time!