A histogram is a graph that shows the overall distribution of tones or colors in an image. When discussing tonal range, the word shadows is used to refer to the dark areas of an image, highlights to the bright areas, and midtones for all the neutral tones in between. Tonal range means the distribution of all the tones — from the darkest to the brightest — in an entire image. 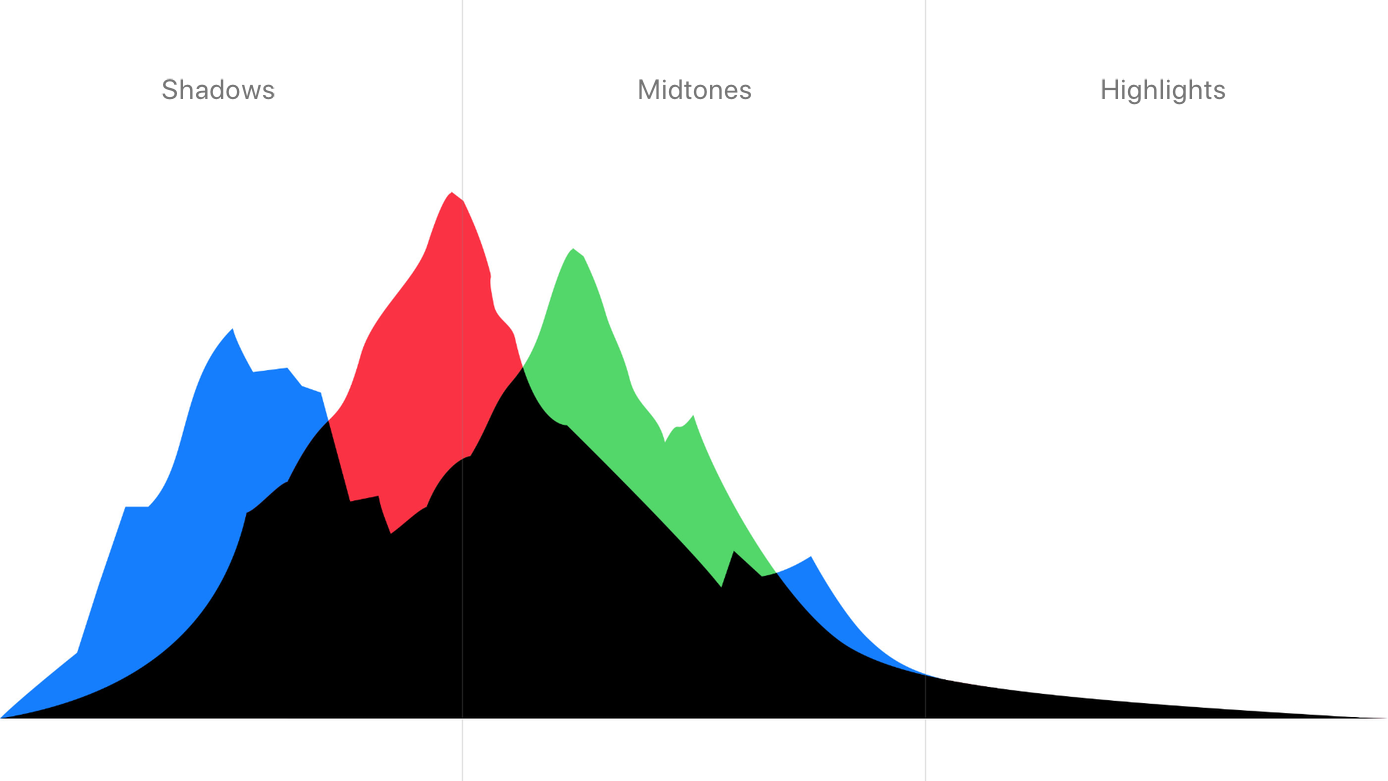 Pixelmator Pro features three different histograms — an RGB histogram, a luminance histogram, and a color histogram. Each of these histograms tells you about the distribution of tones or colors in the image in slightly different ways.

The RGB histogram is the default histogram in Pixelmator Pro. It shows you all the tones in your image, from pure black on the left edge to pure white on the right edge of the histogram. The higher the graph is at a given point, the more of the tone is in the image. Therefore, a fairly dark image with lots of shadows will have a histogram that is higher on the left side (the shadows), while a fairly bright image will have a histogram that is higher on the right side (the highlights). The reason the histogram is known as an RGB histogram is that digital images are composed of a mix of three colors — red, green, and blue. These are used to create every other color.

Technically, this histogram shows the amount of each color (or channel) in the image and if separate areas of an image are pure red, pure green, and pure blue, the right side of the histogram will also be high.

The color histogram shows the overall distribution of each color range in an image — red, orange, yellow, green, cyan, blue, violet, and magenta.

Color histograms can be useful in determining if any colors in an image have been clipped. If a color channel is clipped, the image areas of that particular color lose texture.

Show or hide the histogram

To show the histogram:

To hide the histogram:

To change the histogram type, Control ⌃–click the Histogram and choose RGB, Luminance, or Colors from the shortcut menu.