With the Levels adjustment, you can control the contrast and the tonal range of the photo. You can adjust the black point, shadows, midtones, highlights, and white point settings to brighten up an image, add more contrast to an image. You can also use Levels to adjust the RGB change the look of specific colors (red, green, and blue).

A handy color histogram shows just how much of the image colors are in the shadow, midtone and highlight areas of an image, and gives you a clearer idea of what needs to be adjusted. 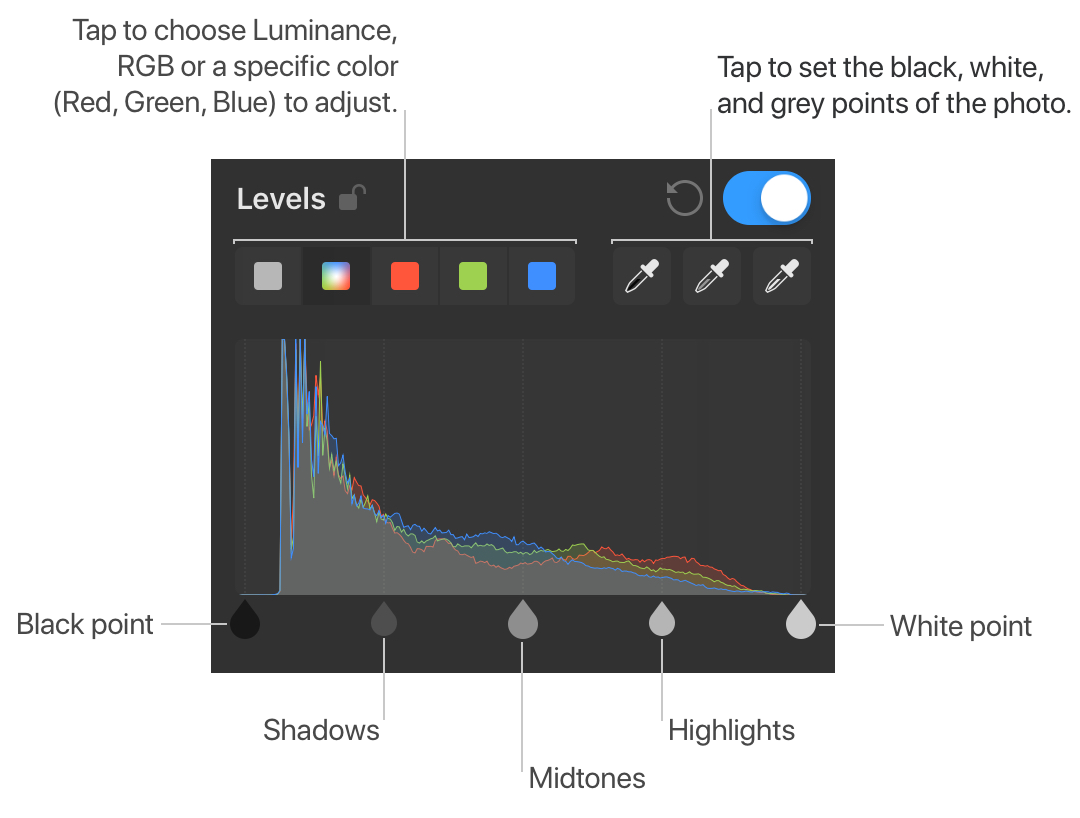 Adjust the colors, brightness, and contrast of a photo

There are five sliders you can work with: black point on the left, gray point in the middle, white point on the right, and two quarter-tone sliders. Each one of the sliders is responsible for the different parts of an image tonal range – black and white point sliders let you adjust the darkest and brightest areas of a photo, while the midtone slider deals with all the colors that come in between.

Important: If the dark or bright tonal values of an image were close to pure blacks or pure whites to begin with, re-adjusting them might result in blown-out shadows or highlights and image may lose detail.