This is the last item in the Arrange tool in Spanish; I have a couple of suggestions for the translation.

As you can see, 'Selección automática' is too long to be fully displayed, but it'd be equally understandable if you translated it to 'Autoselección' and it would appear fully. Then, the menu lets you choose if you want it to select the layer you click on or the group the layer is in. However, the translation shows 'Agrupar' for 'Group'. 'Agrupar' is a verb, and it means 'Create a group', so it's a quite easy mistake to make when translating without context. It should read 'Grupo'.

The Pen tool is translated as 'Bolígrafo'. 'Bolígrafo' means 'Pen', but a fountain pen is displayed, which is called 'Pluma' in Spanish. Also, the Freehand Pen tool is translated as 'Lápiz de formas libres' which, consequently, could be 'Pluma de forma libre', or 'Pluma de formas libres' if you wish to keep the plural ('Lápiz' means 'Pencil' anyway).

Here in the Preferences window there are two mistakes: 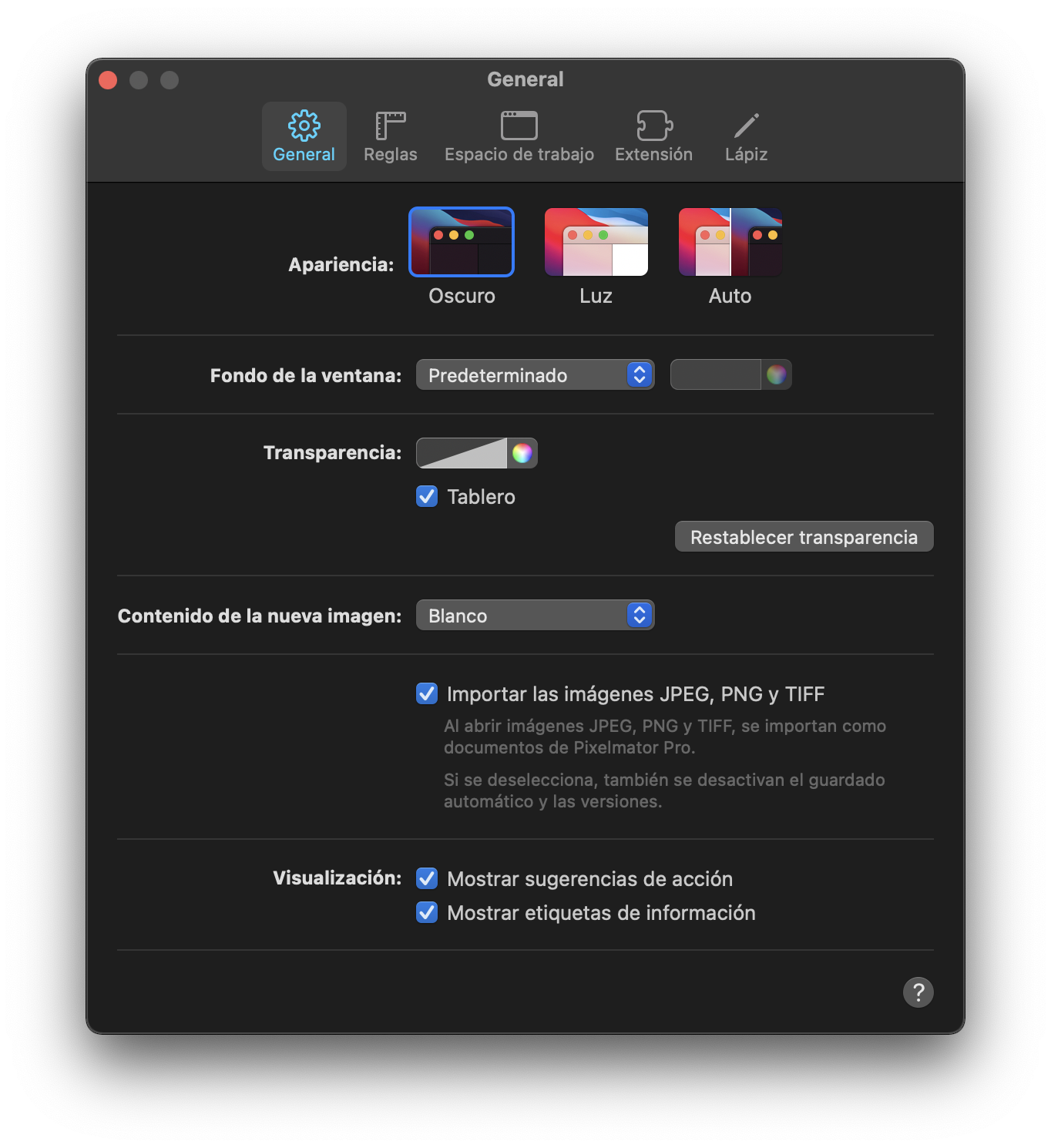 The transparency section lets you choose if you want the checkerboard to be displayed. The translation for 'Checkerboard' is either 'Tablero de damas' –a bit clunky– or 'Damero', but 'Tablero' by itself only means 'Board'.

Hope you'll take this into consideration, and keep up with the great work!
0

'Girar' is a synonym for 'Rotar' (both mean 'Rotate') so if you want to achieve the 'Flip' notion present in the English version, you should use 'Voltear' (lit. 'flip' or 'turn over').
0

Well that's awesome! Thanks for taking the time to document all this and share your suggestions. We'll make sure to pass your feedback on to our localization guys.
1