So I know we said the last Pixelmator Photo beta was the final one. But we really want to make sure the full release of Pixelmator Photo is as refined and solid as possible and we’ve added a few significant changes that need testing. So we've got one more beta for you, the super duper extra final (no, really this time) beta. And because it deserves to be said one more time — we really appreciate all the feedback you've given us over the testing period. Thanks a million! 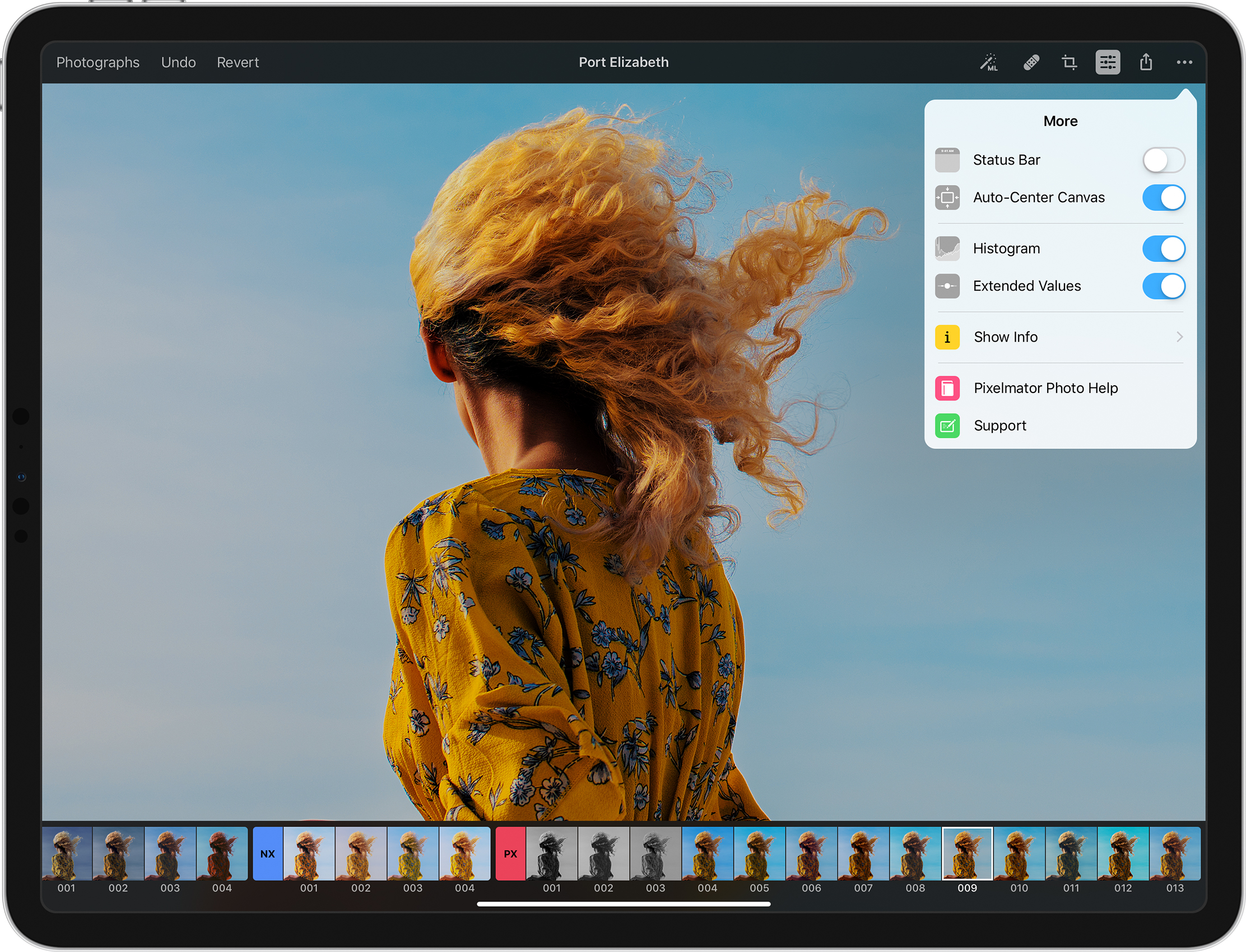 This beta version is all about adding some final polish to the Pixelmator Photo experience and it has a huge number of improvements and fixes that make everything smoother, faster, and more refined. Beta 4 brings better performance, a range of improved animations, and a number of stability fixes to boot. In fact, it’s so extensive that we were only able to fit just about half of the release notes in the TestFlight description!
Of course, we’ve also opened up some more testing spots — 300, to be precise — for any of you looking to give Pixelmator Photo a spin before it becomes available. They’re usually taken pretty quickly but if you hurry, you can grab one by tapping the button below.
P.S. Launch plans (date & pricing) will be revealed next week. Stay tuned.
Join Beta
0

Are there any plans to create an extension that would allow a user to edit in Pixelmator Photo from directly within the native Photos app? Thanks.
0

by jrkagan Are there any plans to create an extension that would allow a user to edit in Pixelmator Photo from directly within the native Photos app? Thanks.

There are some plans for this, but right now, we'd only be able to bring part of the tools in Pixelmator Photo as an extension due to memory constraints. So even if we brought over everything possible, it'd probably be quite a limited experience and we don't really like compromising on things like that.
0

I’m looking to get into more detailed editing. Just got a new iPad Pro. Should I get the current Pixelmator, or would I be better served waiting for this app to launch?
0

They're different apps for somewhat different purposes, to be honest. Pixelmator does have a range of photo editing tools but it's a layer-based image editor at heart, so it's oriented more towards creating compositions and designs, whereas Pixelmator Photo is designed exclusively for photo editing and RAW editing, so it's main features are the color adjustments and color adjustment presets, Repair tool, and Crop tool (with straightening and perspective adjustment).
0

Hey! You are the best! Sorry for irrelevant question but when will Pixelmator Pro for iPad be released?
0

We had been working on it for a while but we weren't satisfied with being unable to bring over certain important aspects of the Pro experience to iPad completely (the nondestructiveness, for example). But, in the process, we created Pixelmator Photo which actually doesn't compromise in any way on the nondestructive front. So for now, Pixelmator Pro for iPad is on hold but we'll also see what the future brings because we would, of course, love to bring it to iPad as well.
0

Look. Just not all the features. The essential ones like layers, retouch and selecting. My hope for this app is theirs algorithms, machine learning and metal 2 support. That’s all we need

by RedWideWeb 2019-04-02 17:19:28 Look. Just not all the features. The essential ones like layers, retouch and selecting. My hope for this app is theirs algorithms, machine learning and metal 2 support. That’s all we need

Understood! That's definitely a possibility for the future.
0