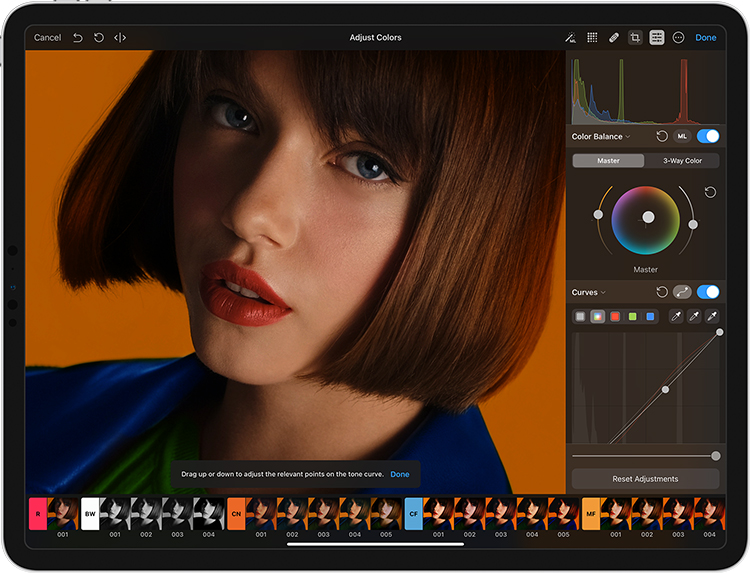 The second new feature is the ability to edit the tonal curve of a photo by simply dragging areas on your image. This is an incredibly natural and intuitive way to edit your photos. Usually, when you’re adjusting photos using the Curves adjustment, you try to eyeball the tonal range you’ll be editing on the curve – and that works pretty well when you know what you’re doing. But now, you can tap the On-Image Curves button and drag an area of your image to darken or brighten that specific area. Want to darken the sky? No problem, just drag down the exact area you want to darken. To get a better idea of how it works, check out the video below.

Next, the shadow and highlight improvements. This has been a popular request and was high on our list of priorities. To tell you the truth, we’ve been laying the foundations for these improvements for a very very long time. And the reason for that is this seemingly simple improvement (can’t you just like… bump up shadow and highlight recovery to 11?) is very technically complex due to the subtleties of human color perception. But thanks to a new and improved color model, Pixelmator Photo can now recover shadows and highlights in photos much more than before and in a much more natural way!

Along with all of this, there are other improvements that you’ll find in Pixelmator Photo 1.5 (like Scribble support) and you can get the full lowdown on our Updates page. Head on down to the App Store to make sure you’re all up to date and we’ll see you next time!