ML Super Resolution uses a Core ML-powered algorithm that intelligently analyzes images and their contents and finds individual objects, their edges, patterns, gradients, colors, and other features. It then separates them and upscales each type of feature separately, before combining them back into an image. Magic.

It’s a pretty incredible feature and it requires some serious processing power — up to 62 thousand times more than traditional approaches. With the Apple Neural Engine, the dedicated neural processor on iPad, it’s crazy how quickly everything works! The magic happens in the blink of an eye, all on your device. You can learn a little more about the ML Super Resolution feature itself in this very detailed blog post.

Today’s update also adds a very awesome comparison slider, letting you quickly compare your edited image with the original in a split-screen view. And it works all around the app, so when using the Repair tool, you can turn on and move the comparison slider to see just the changes made with that tool. When the Color Adjustments tool selected, you’ll see just the color changes, and so on. Super useful. 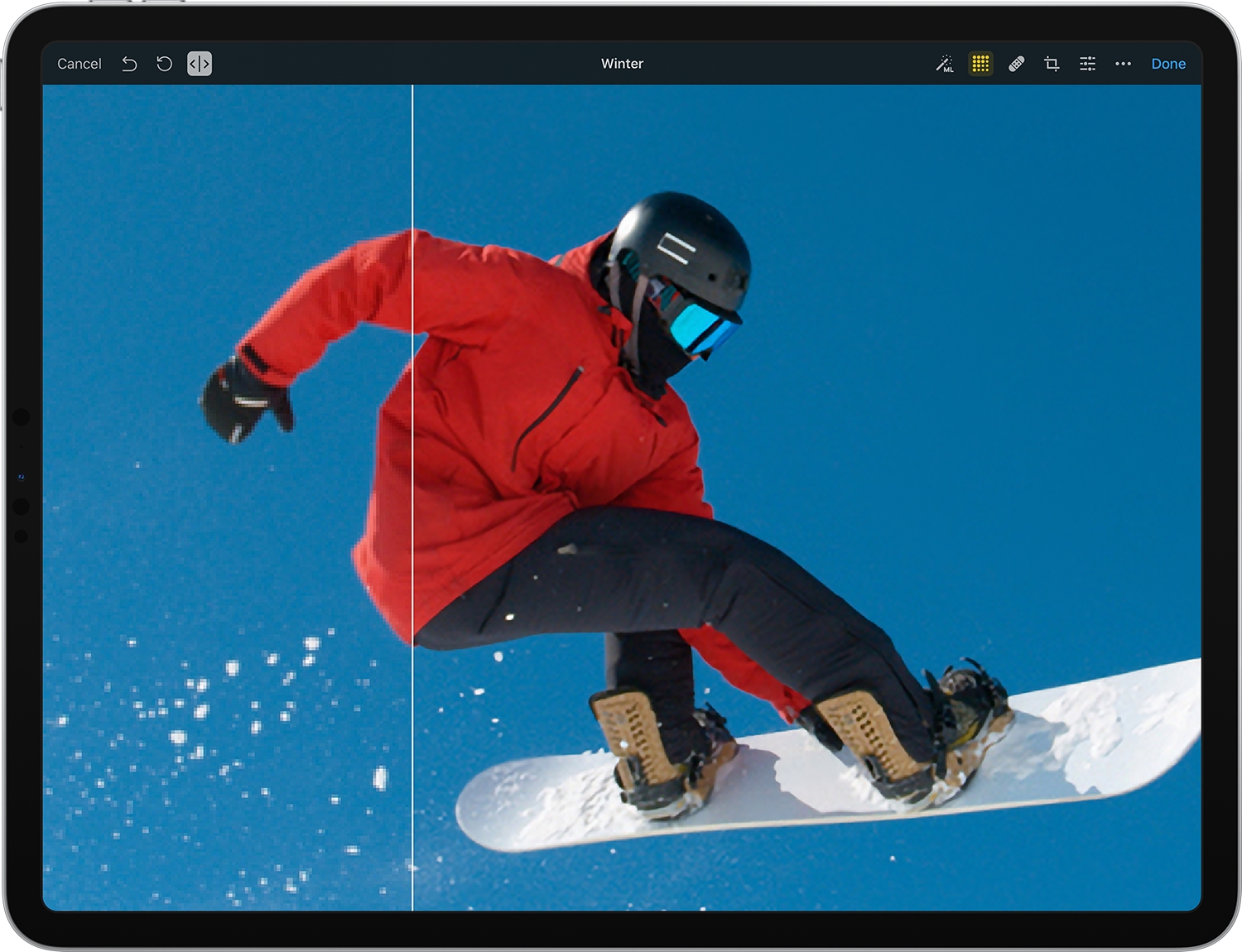 Finally, we’ve added support for the double-tap gesture of Apple Pencil. You can customize what the gesture does in Pixelmator Photo settings, choosing to make it undo and redo, select the Repair tool, or show the comparison slider. P.S. We have a few more Apple Pencil improvements lined up for the future.

As Pixelmator Photo is becoming ever more powerful and full-featured, we’re also raising its price a little to $7.99. Of course, today’s update is absolutely free for existing users and is available to download from the App Store right now. Enjoy!