No more black interface in Pixelmator

What features would you like to see in Pixelmator?

I love the dark interface. Make sure to make this an option if you proceed.
0

I love black UI but they could add light UI but please let the black UI too!
0

Please add option for different color scheme..... I just got a new MB Air; my old copy of PSE 8 rendered useless was looking for an alternative to PS. The reviews are great for Pixelmator - and for 29.99 I figured can't go wrong.

Now I can see just enough to know that all the tool I need and want are available; I just have a heck of time seeing the tools - whether it's just the size of the tool icons or the black interface; or combination of both - it is just too taxing for me to work with. I want so bad to make this work and not have to buy PS. If I do - it won't be b/c I think it's any better - just that I can see it easier. Please, Please.....
0

First off, I just have to call out anyone who posts on this thread with statements like "The interface looks fine to me, I have no problems, don't change a thing!"

It's FINE that it's not a problem for you. Congratulations. But guess what, other people have different experiences than you do. Maybe their vision is perfect but they just don't LIKE the interface. Or maybe they're like me and have astigmatism, where the white-on-black causes severe eye strain. Or maybe it's a different hardware configuration that's causing a completely different experience for them.

As it happens, even though I thought the interface was a bit too dark before, it wasn't until I got a 2017 MacBook Pro with the wide color gaumt HiDPI display that it really became a problem for me.

Eye strain, yes, that's a bit of a problem. But the windows are SO BLACK now, on this screen, that it's often impossible for me to see where the edges of the windows are, making the interface very difficult to work with. If I move the windows to my second display -- a standard resolution, standard gamut ASUS 24-inch LCD, I do not have these problems.

But here's the thing… no one who's asking for a change, that I've seen, is insisting that it MUST be made lighter for EVERYONE… they simply want the OPTION to change it for THEMSELVES.

And count me in. I use Pixelmator as my primary image editing app now that I've abandoned Adobe for their customer-hostile billing practices. But the current super-dark interface, on the new MacBook Pro, makes Pixelmator way harder for me to use than it should be. I don't want to say people shouldn't have the option to have the interface the way it is; I just want the option to make it a little bit lighter.

Sadly, since this thread is over 5 years old, I don't hold out a lot of hope at this point.
0

For over HALF A DECADE users have asked that the UI be made more user-friendly.

As others have long pointed out, Pixelmator is a chore to use on a large Retina screen; icons and labels are microscopic, and palettes tiny and scattered. The jet-black interface is exhausting on the eyes for many, if not most.

Look at this forum: small type on black background, the worst readability combination for any kind of usage. I hate reading this forum; it's archaic. It may *look* sexy but all usability studies show how awful white text on black is to readability.

The developer has continued to ignore these *basic* usability requests, coasting on past accolades and occasionally delivering new features that perhaps 10-20 percent of users need or want. And now it appears they've been distracted by a new app's development, given the stupid mystery tease on this site's landing page.

I've moved on from Pixelmator, though I'd use it if the screen usability issues were addressed. I find ACORN to be a much better app than Pixelmator, save for a couple of features in Pixelmator not in Acorn. Also, the UI for Acorn is far more enjoyable to use for long periods of time. AFFINITY PHOTO (and Designer) are good alternatives, too, with an *adjustable* dark UI, including sizeable tool labels. It's almost as if they listened to the pleas of Pixelmator users, then delivered what they wanted.

In any case, for most my needs, I avoid Pixelmator at all costs. My eyes thank me.

This is one of those apps that created a lot of media buzz at first, luring many people into purchasing it, then coasting on laurels with occasional releases but ignoring user feedback. In my experience, and from what I see on this board, the developers have little interest in user feedback or suggestions. Almost none at all given they rarely deliver improvements based on feedback.

When someone asks me if I recommend Pixelmator, now it's a strong NO.
0

The main reason I do not use Pixelmator is that the GUI is too dark indeed.
On top of that, the icons and the type used are very small and the black surrounding them eats away much of their visibility.
My Photoshop needs a new license, and I will purchase one and continu using it.


When using Pixelmator, I have to tune up my display's brightness from the usually half to maximum, which makes switching to another application or the desktop a painful experience: first squinting to see all the tiny details in the dark, then squinting against the floods of light.

I think devs that can come up with such a functionally rich app should be rewarded, if only to withstand mogols like Adobe. So my 30 bucks spent are more like a donation than an exchange for something useful.
By the way, this black website is terrible as well. Not everything classy is clever.
1

I don't like to complain, but the reason i came here is because of the difficulty to see this dark interface.

A lighter GUI option would be SO NICE.
1

please what is with the black palettes? anyone study graphic design who created this app? it is ridiculous
0 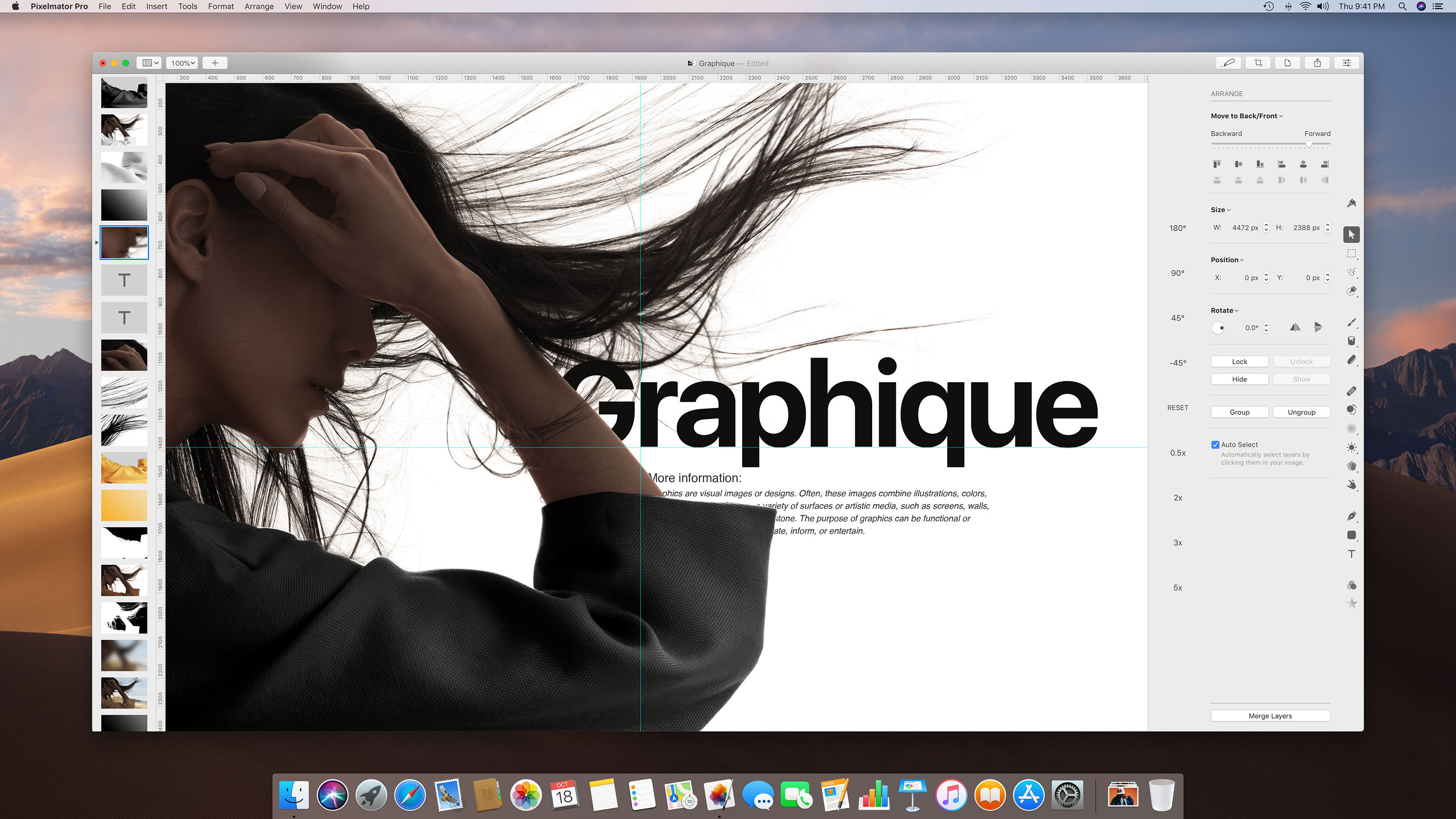 What do you think?
0

Thanks for the hard work you do on this app. It's been a great app for years but now I feel like have to abandon it because of the black backgrounds. As anyone with vision problems will tell you, black backgrounds are impossible to read. I can barely read the text or see the color picker items. This feels discriminatory to anyone who doesn't have the vision of a healthy 19 year old. Please change it or allow an option to change it. It's awful.
0

We've added a light interface to Pixelmator Pro — if you want to try it out, you can grab a free trial right here:

Adding a light interface to the original Pixelmator would be rather tricky and, although we will continue updating Pixelmator, our focus is now Pixelmator Pro. If you'd like to know a little more about why that is, we've got a blog post on the topic here:

OK. I give up. HOW do I switch to the lighter theme? I cannot find that in the docs, in the preferences, in the menus...

(And FWIW, while a dark interface may look cool, it completely screws up the human vision system for looking at contrast and luminosity. If you process an image in dark surroundings, and display it in a white matte, your image will appear to be too dark, and the shadows will be entire out of balance.) Here's proof: https://www.valleau.art/blog/archives/333
0

Hey Tracy, could you try going to Pixelmator Pro > Preferences and let me know if you can find the setting there? Here's a screenshot of what the Preferences window looks like: 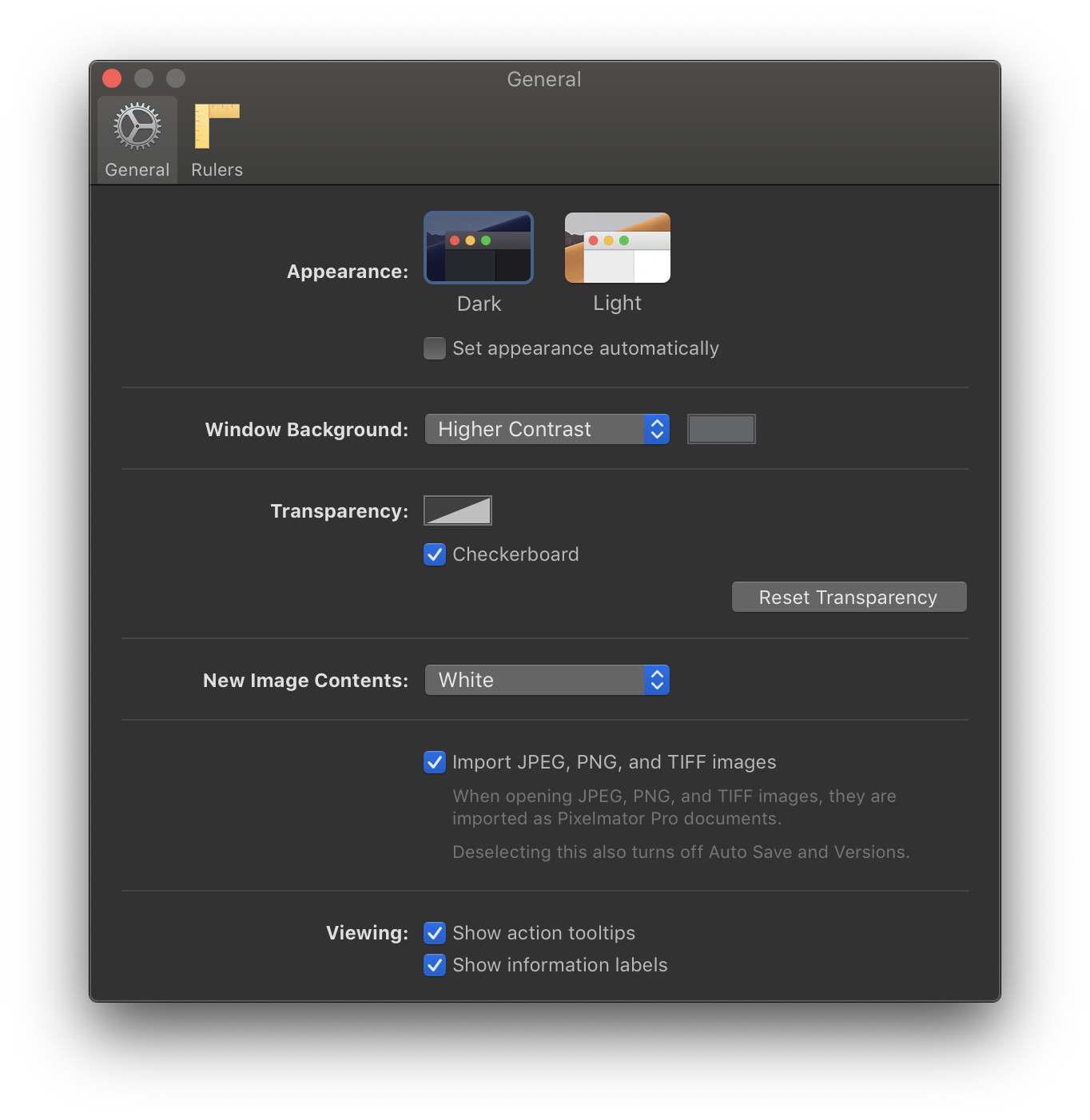 Nope. Here's mine. (Obviously the very first thing I did was go to preferences...) 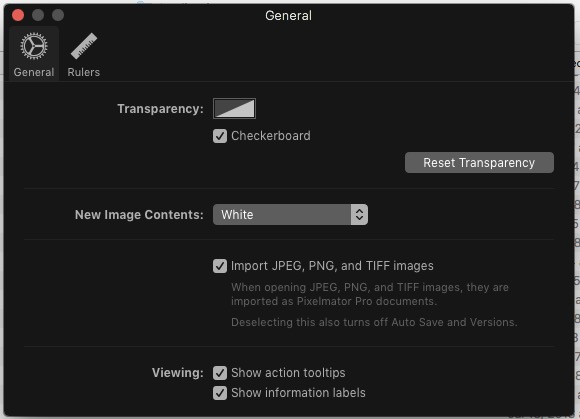 Ah, in that case, I can see you're using macOS High Sierra. As we decided to add dark and light modes using the system tools introduced in macOS Mojave, light mode in Pixelmator Pro is only available in Mojave (which also includes an updated dark mode).
0

Thank you Andrius. Apple is refusing to support Nvidia cards on Mojave, so I'm stuck with HS. It's their problem that your software isn't usable, not yours. The black on near-black interface is virtually unreadable, I'm afraid. I'll see if the app store will issue a refund.

(LATER) - Apple is not cooperating. Do you have a version that I can use with High Sierra? The black type on black interface is simply impossible to use as it is now. If you do not have a HS-compatible version, is there some alteration I can make to this version via the terminal; change some setting?
0

Ditto to most complaints on this topic. Going blind trying to work with images on this black workspace. - Ridiculous.
0

As mentioned above, we added a light appearance to Pixelmator Pro and, if you'd like to try it out, you can check out the free trial here. As an owner of the original Pixelmator, you'll get an extended 30-day trial.
0