Effects > Twirl: Some bugs and some requests

I was just mucking about with the Twirl effect on a layer, looking for a little inspiration and noticed a few things:
1) The Twirl effect is least pronounced with an Angle of 359.9° increasing in intensity as the Angle decreases until it reaches a full 360° turn at 0°. I'm thinking that this is a bug and should be reversed.
2) The effect isn't about an angle of incidence but rather a scalar quantity so I'd prefer it if Angle was a slider not a rotary knob.
3) If you make it a slider, you gain the option to open it up to a larger range of values. I'd certainly like to see -360° to 360°, allowing both clockwise and anticlockwise spirals.
4) I'd occasionally like to use values beyond 360°, so it would be nice to be able to enter values outside the range of the knob/slider.
5) I used the effect on a generated black and white checkerboard layer and found the result to be blocky with no shades of grey. I expected the result to be identical to the layer when converted to pixels.
Checkerboard: 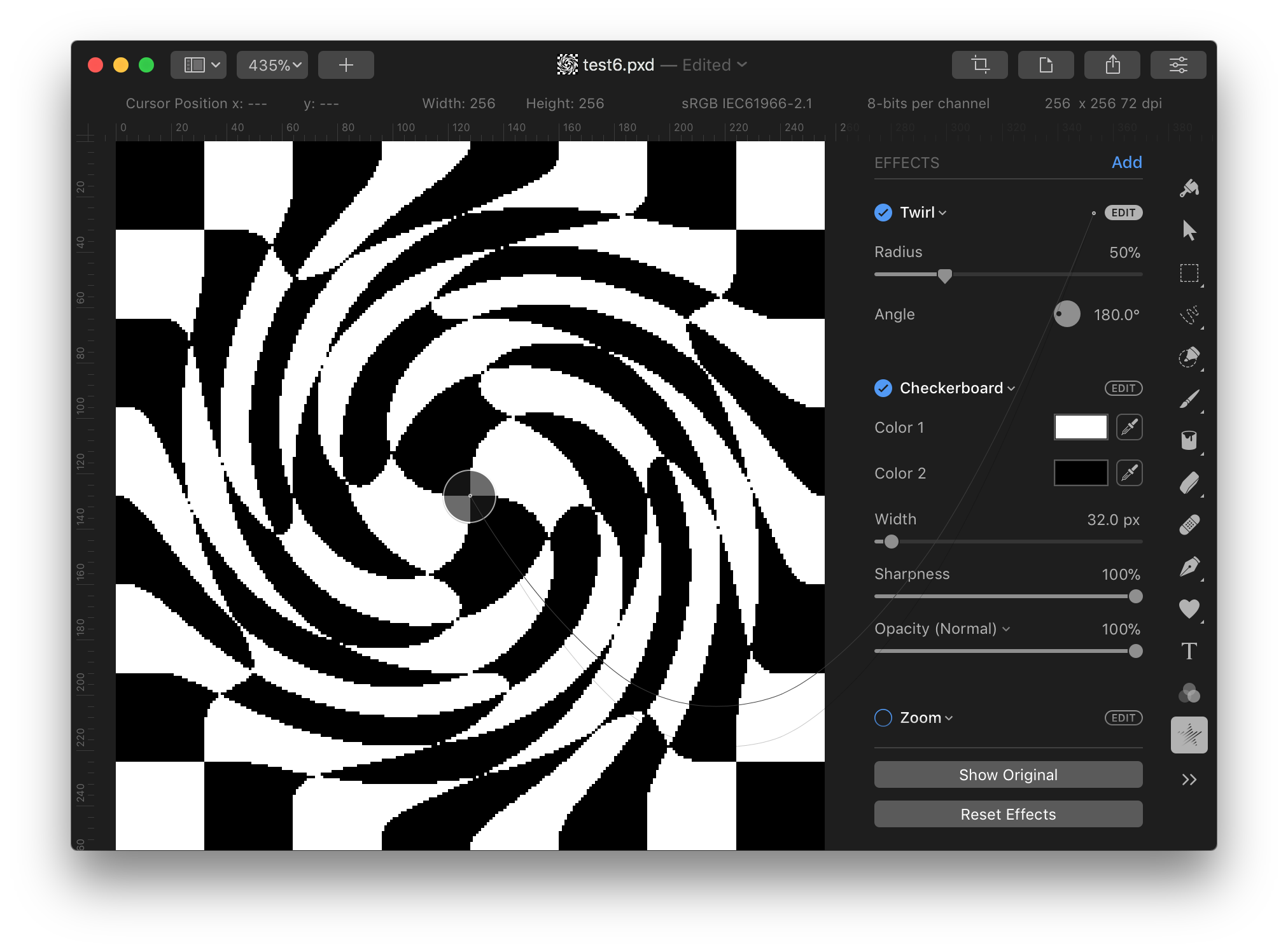 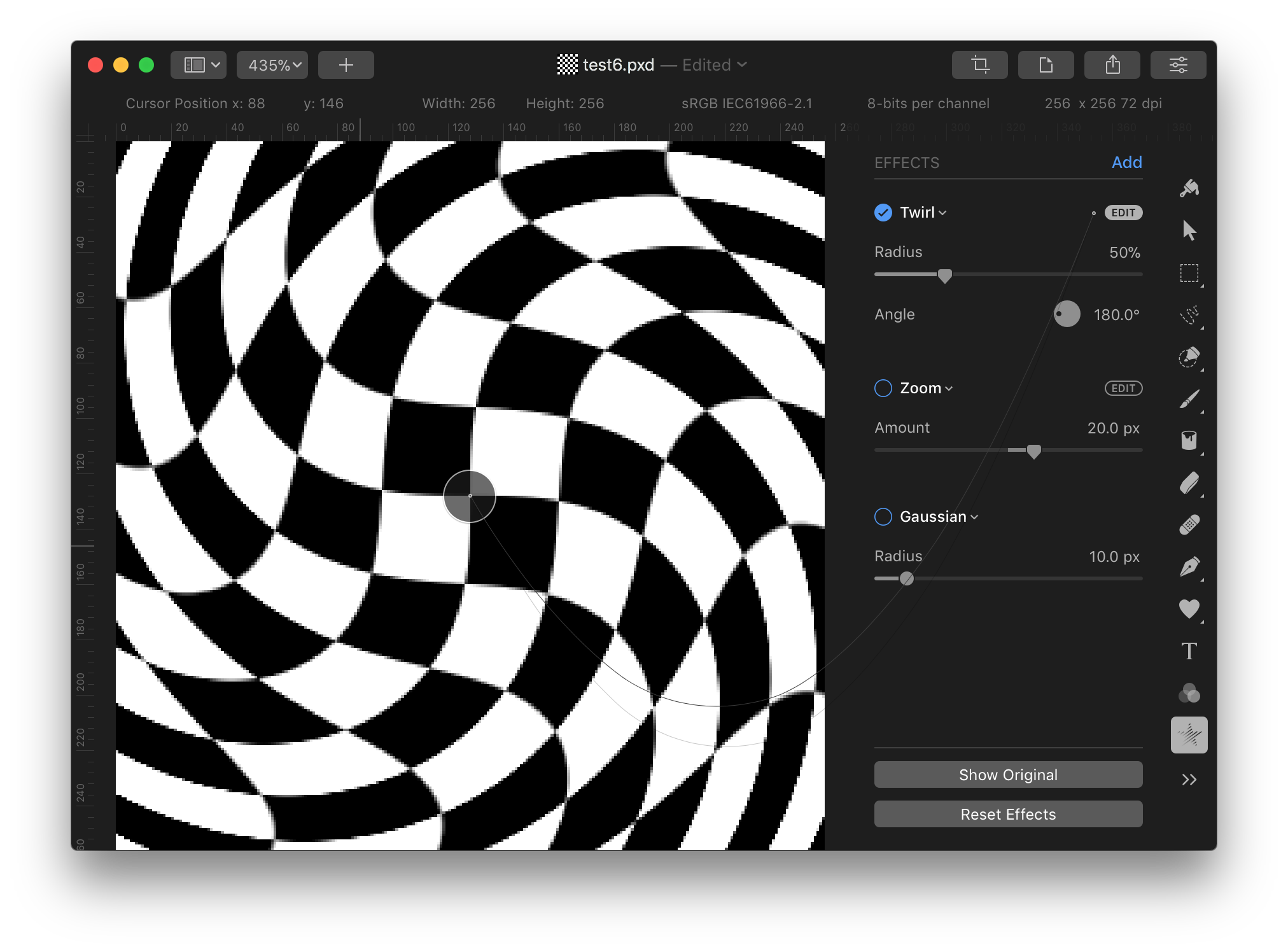 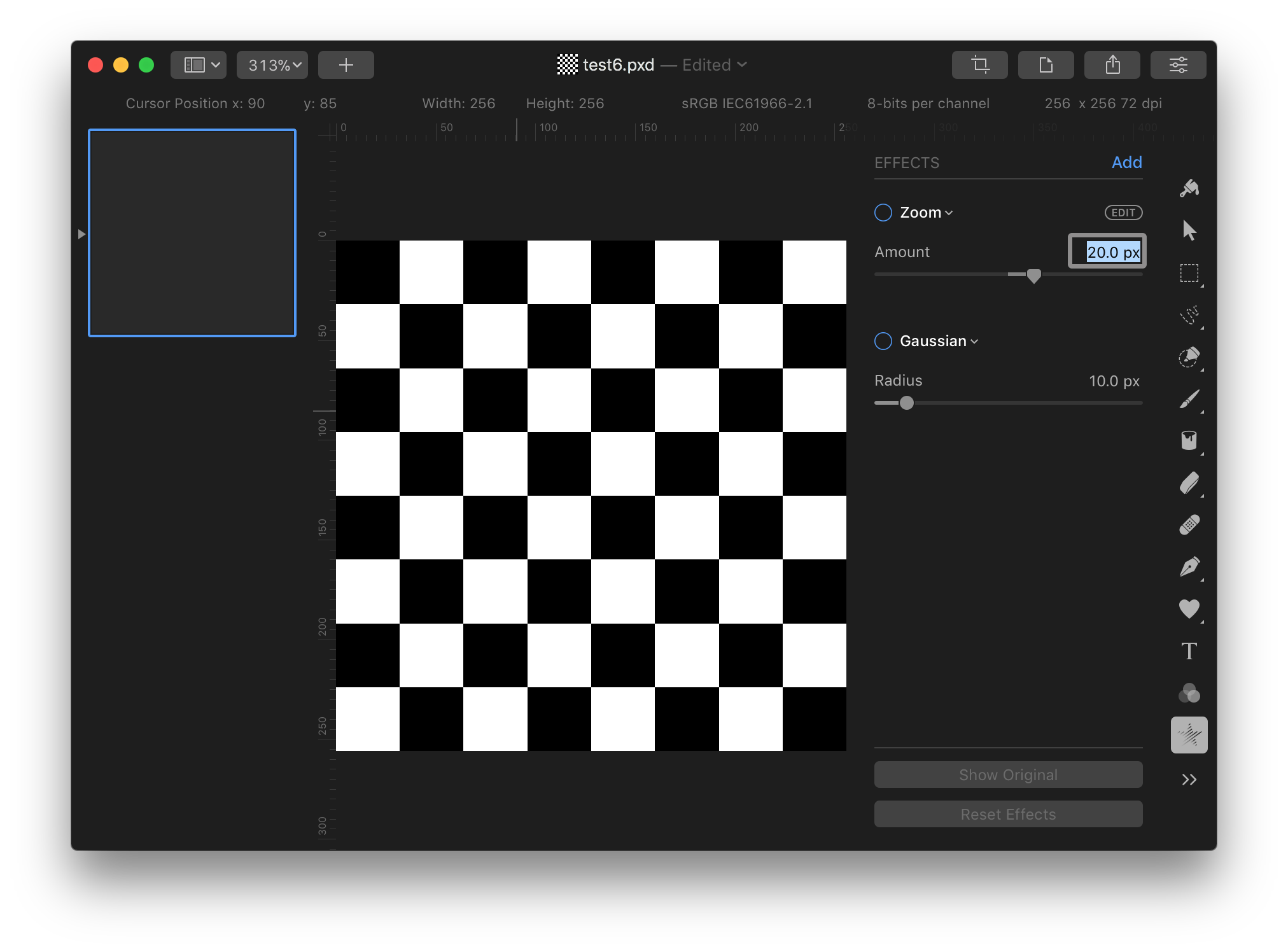 10) Additional checkerboard bug (and this is the last one, I promise): When the Checkerboard is put into a group by itself and merged, the layer thumbnail shows much more chequerboard than the image. (edit: I now realise that the thumbnail is showing the full extent of the generated checkboard, but this overhangs the canvas asymmetrically and by an unusual amount. Maybe the checkerboard generator could gain an Overhang percentage slider? One that defaults at 0% (generated effect ends at edge of canvas) but allows the user to create an overhang if they want it.) 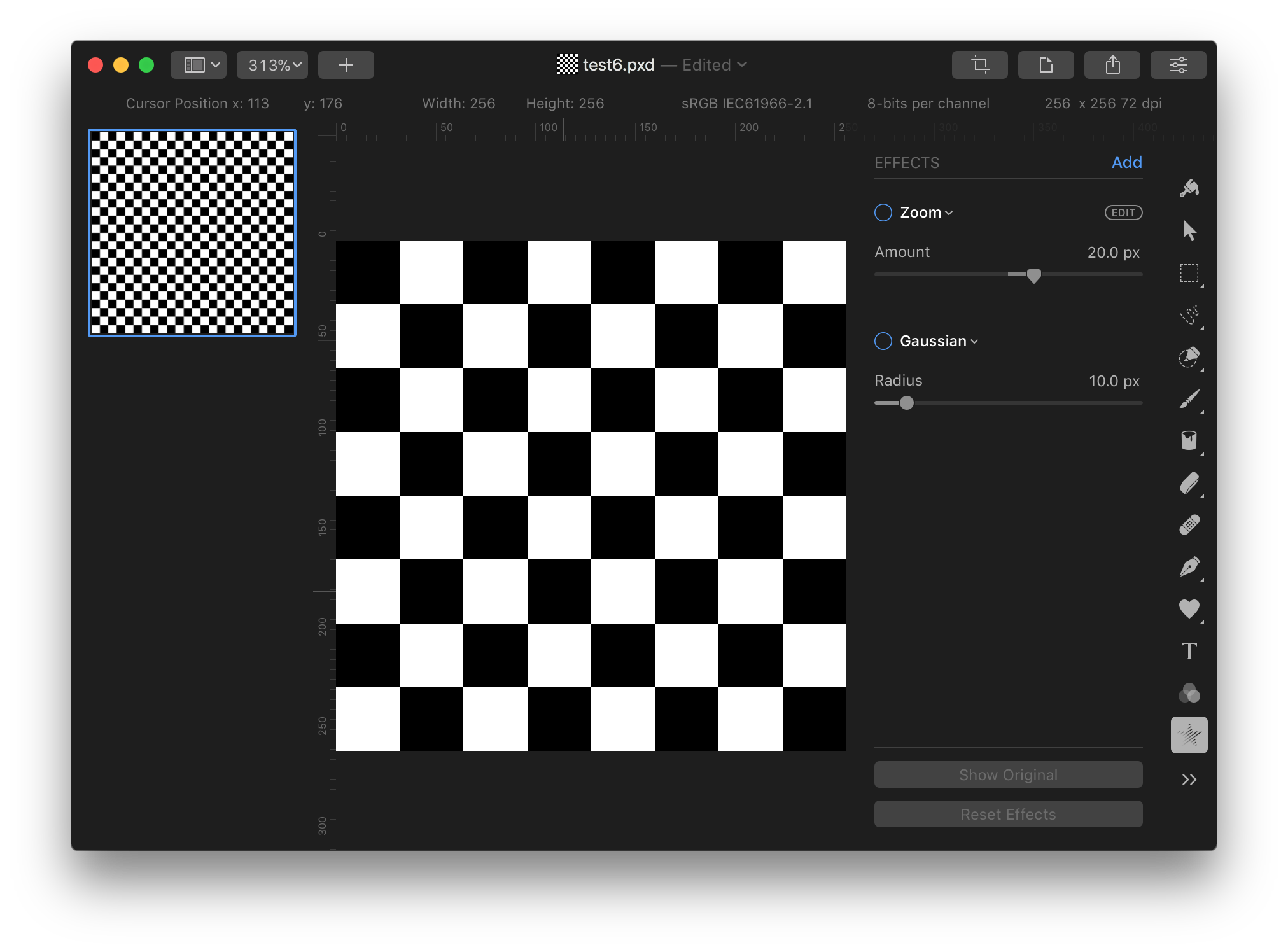 Sorry for the long list, but whenever I tried to create an image reproducing a problem, I kept finding something else. Worst of all, I didn't find the inspiration I was looking for (but that's hardly your fault ).
0