Union of shapes with overlapping elements have holes

I'm doing some hand-drawn lettering and am using Unite Shapes to join together individual strokes of a letter. If one of the strokes crosses its own path then that overlap is not filled.

The area where the first shape overlaps itself will not be filled.

Reading this back to myself, this sounds complicated so here's an image: 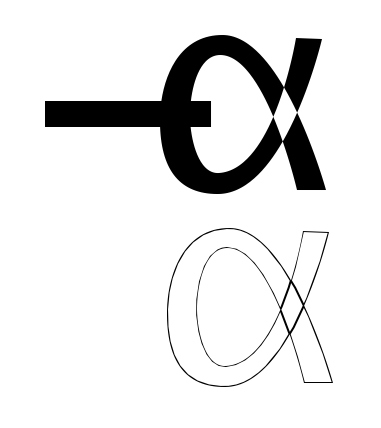 OK, so two things happened when I created a test image:
1. The outline of the shape that overlaps itself looks weird, as if the outline parts in the overlapping parts is being drawn twice (or with a thicker stroke). Maybe this is part of the same problem. I've included the shape with a stroke but no fill to illustrate this.
2. I can't upload a Pixelmator Pro file to the forum, so here's a png version.
0