I received some .psd files today. I opened them in Pixelmator Pro and noticed that something was a bit off... I used Preview to look at the .psd files and there, they looked ok, but then in Pixelmator Pro, some layers/colors seem to be much darker than they're supposed to be.

The screenshot I've attached shows the difference on how one of the .psd files look like in Pixelmator Pro (on the left) vs how it looks like in classic Pixelmator 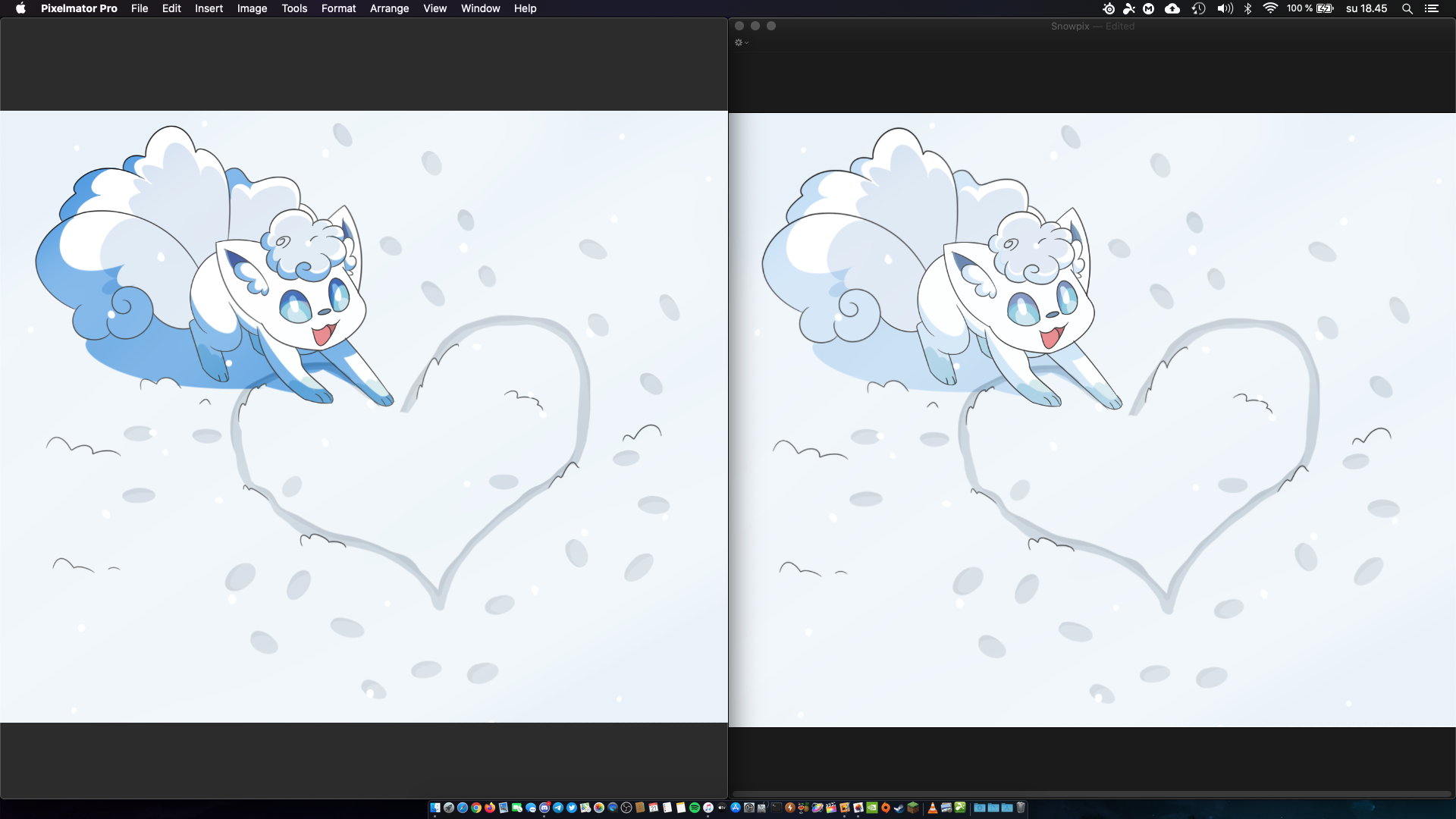 Looks like a definite bug of some kind! Could you share the original PSD with us? You can upload it to upload.pixelmator.com, then copy and paste the link in your reply here. Or, if you prefer, you can email it straight to me at andriusg@pixelmator.com. Thanks!
0

I have the same problem. Please advise.
0

by MrTFarnborough I have the same problem. Please advise.

It'd be interesting to look at the file you're having trouble with. If possible, could you send it to us at support@pixelmator.com? Thanks in advance!
0