Allow Stroke behind fill and Inside/Outside options for text

When I work with text I almost always respect the outline created by the font designer. This is the best line and I want that to be visible in the lettering.

So, if I do add a thick stroke, I will want to use the Outside (or occasionally the Inside) options for stroke, neither of which is available for text.

Sometimes I want to use the Centre option, but push the outline behind the text so that only half of it is visible. Pixelmator Pro doesn't have a checkbox to do that and won't let me re-order the styles in that way. I end up stacking two copies of the text object, the one with a fill masking the one with the stroke.

I guess this is two requests, but closely related:
1) Can you add the Inside and Outside options to Stroke when it is applied to text.
2) Can you allow me to push Stroke behind Fill. (edit. This is probably secondary. If I can use the outside stroke on text it will be a very similar effect to pushing the stroke behind the fill.)

Thanks for those requests, they're both now on the feature request list!

P.S. For now, if you convert the text to a shape, you'll be able to change the stroke style.
0

I'm using P.Pro 1.2.1. I see that text can have a stroke, but the control for inside, center, outside is ghosted out, as is the type of line. I can't change the stroke from center. Am I missing something, or is it not implemented yet?
0

I don't think you're overlooking anything. As far as I can tell, this functionality has not hit Pixelmator Pro yet (at time of writing, Pixelmator Pro is on 1.2.1 and the beta is 1.2.2).

Great idea! Would also be awesome to see drop shadows for text, without having to convert to shape first.
0

Drop shadows can be added to text without converting them to shape first — you'd need to use the Style tool for that. See below for an example: 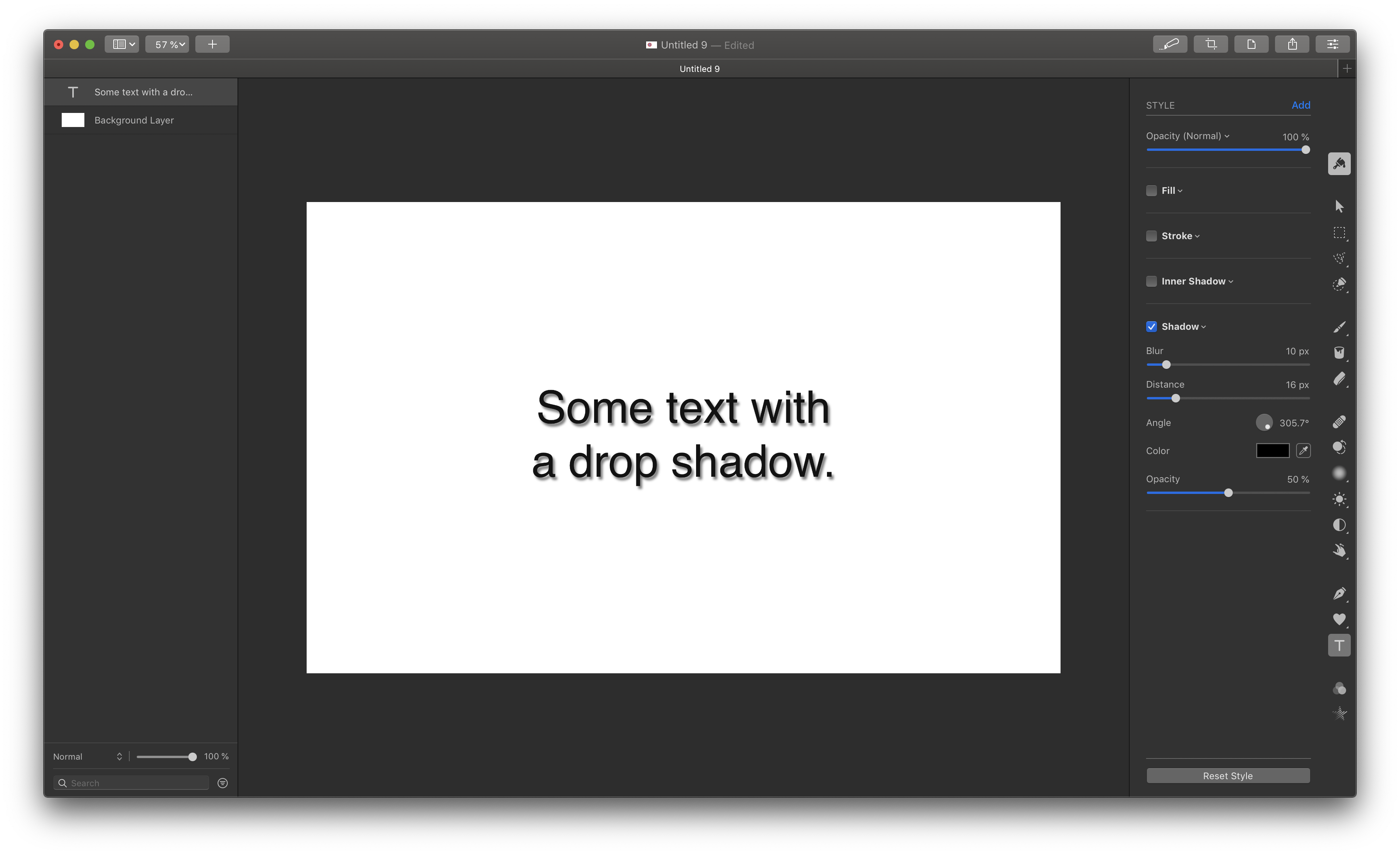