I just updated my 2012 Mac Pro to High Sierra, but am disappointed that the Mac App Store says my computer doesn't meet the system requirements for Pixelmator Pro (which I already use on a laptop).

(And please say it can -- I've already started using Pixelmator Pro on the laptop and need to be able to share documents!)

Thanks for a set of amazing programs!
0

That's the gist of it, although not entirely. Basically, Pixelmator Pro requires Metal 2 to function. However, the App Store doesn't currently have a specific Metal 2 compatibility check. As a workaround, we can check for a certain CPU feature, which is available on most devices with Metal 2-compatible graphics cards, with the exception of one iMac model and any 2012 or older Mac Pro models with upgraded GPUs. We're still working with Apple to bring a Metal check to the App Store, but until that happens, it isn't possible to buy or update Pixelmator Pro on the affected Macs. If you've already bought Pixelmator Pro on another one of your Macs, one workaround that I'm pretty sure should work is simply copying over the app from one Mac to another. As long as you're using the same Apple ID on both, everything should work fine. The biggest downside with this method is that you'll need to copy over any updated versions when they come out.
1

Thanks for the tip. I just tried copying it over manually, and Pixelmator Pro won't launch because it says it requires the Metal graphics technology. (My graphics card is the ATI Radeon HD 5770 1024MB.)

Any tips on how to search for a compatible (economical) graphics card for this Mac Pro?
0

i can confirm with a recent video card, the copy from another mac works
0

So even updating won't be allowed on my Mac Pro, even if the app is already present...
But really for the @Pixelmator team, isn't there a way to at least allow update if app already present? it is a pain in the ass to have to copy it from another mac every update 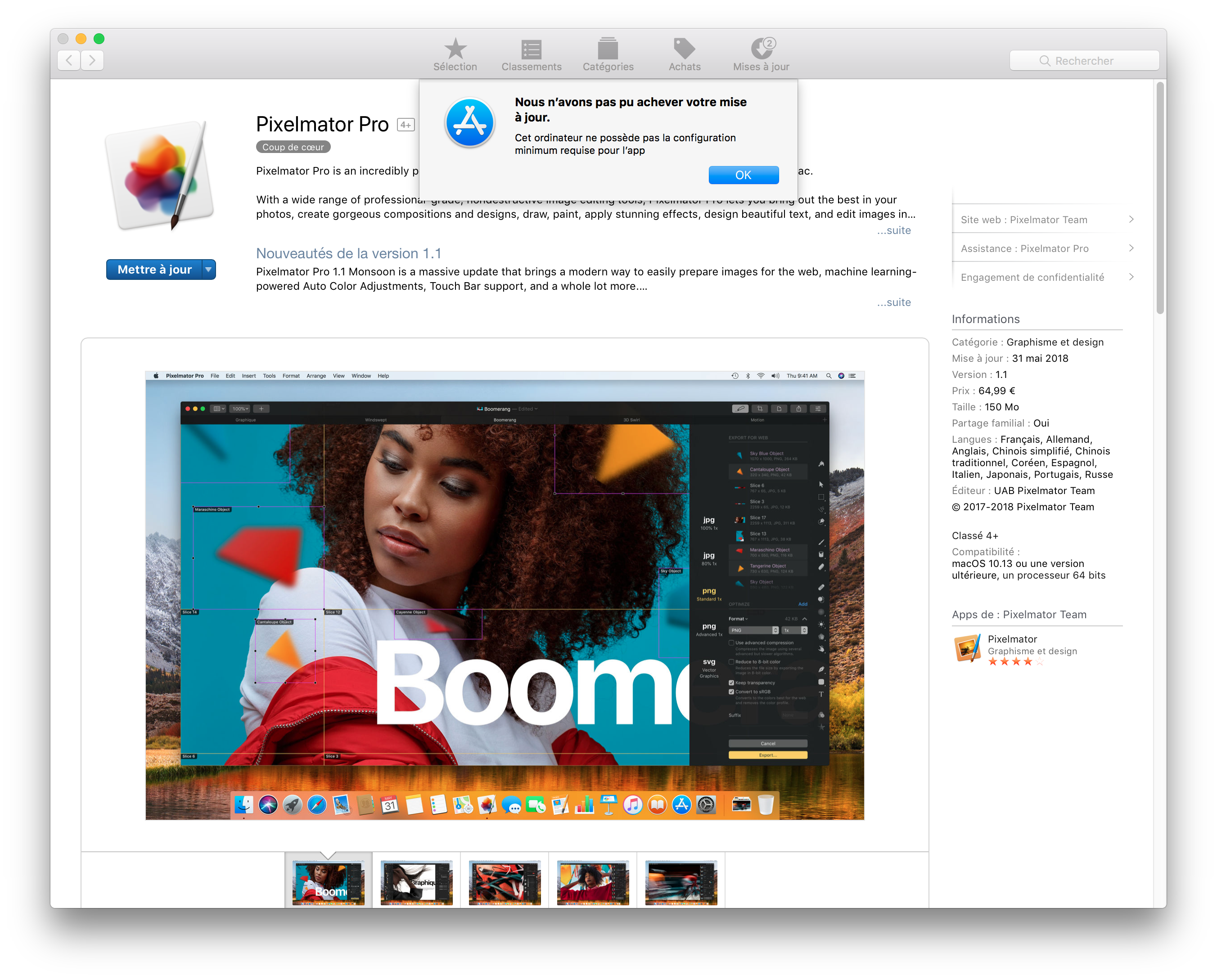 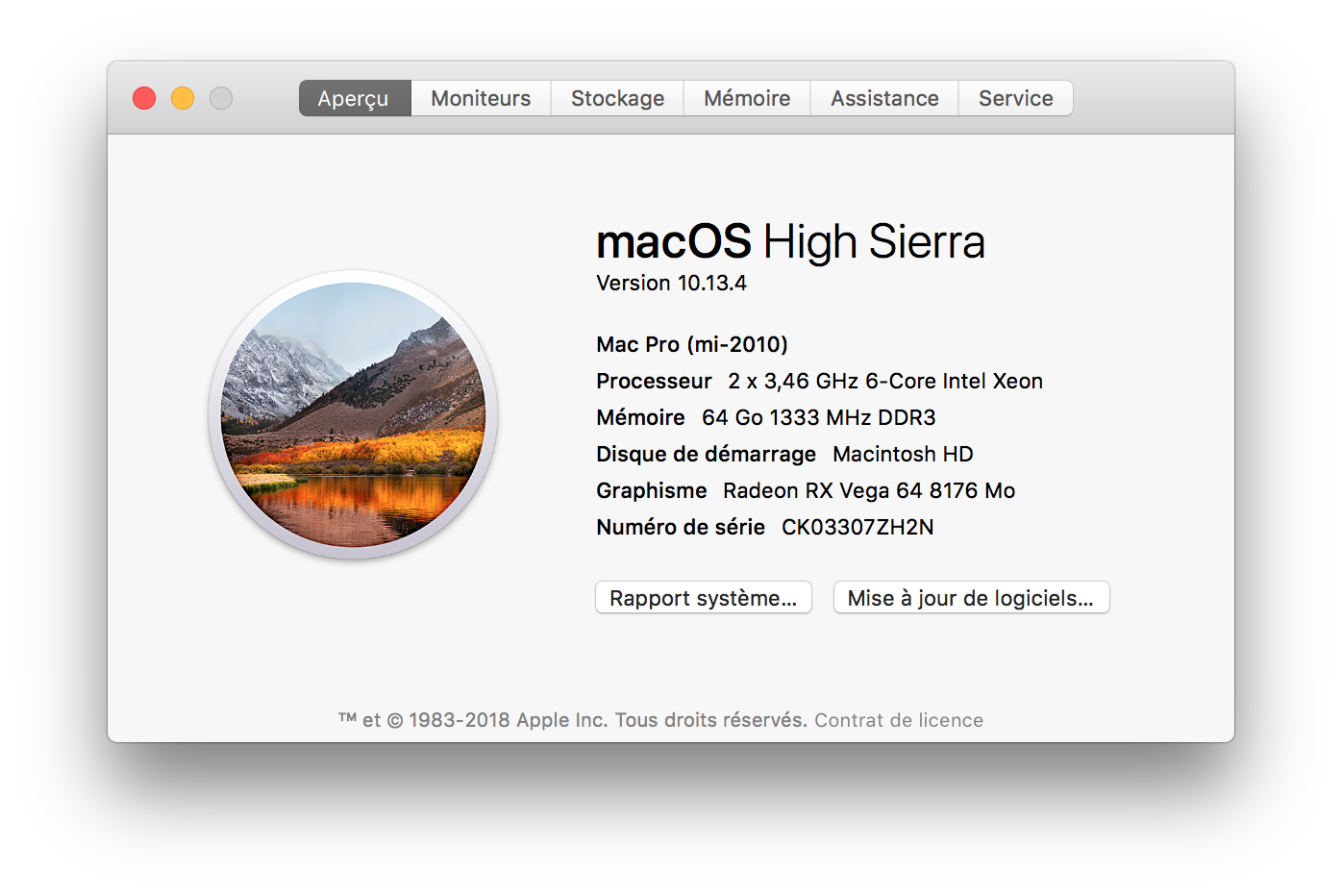 Sorry to react only now, but can't you do a presence check at least for the upgrades? if present, then allow upgrade?
0

The only thing we can set is the system requirements, everything else (purchases, updates, etc.) is managed by the App Store. The good news is that, since macOS Mojave is Metal only, we might be able to remove the specific workaround we added on 10.14. The bad news is that's probably not possible without removing macOS High Sierra support, which I really don't think we'd do. So, yeah...
0