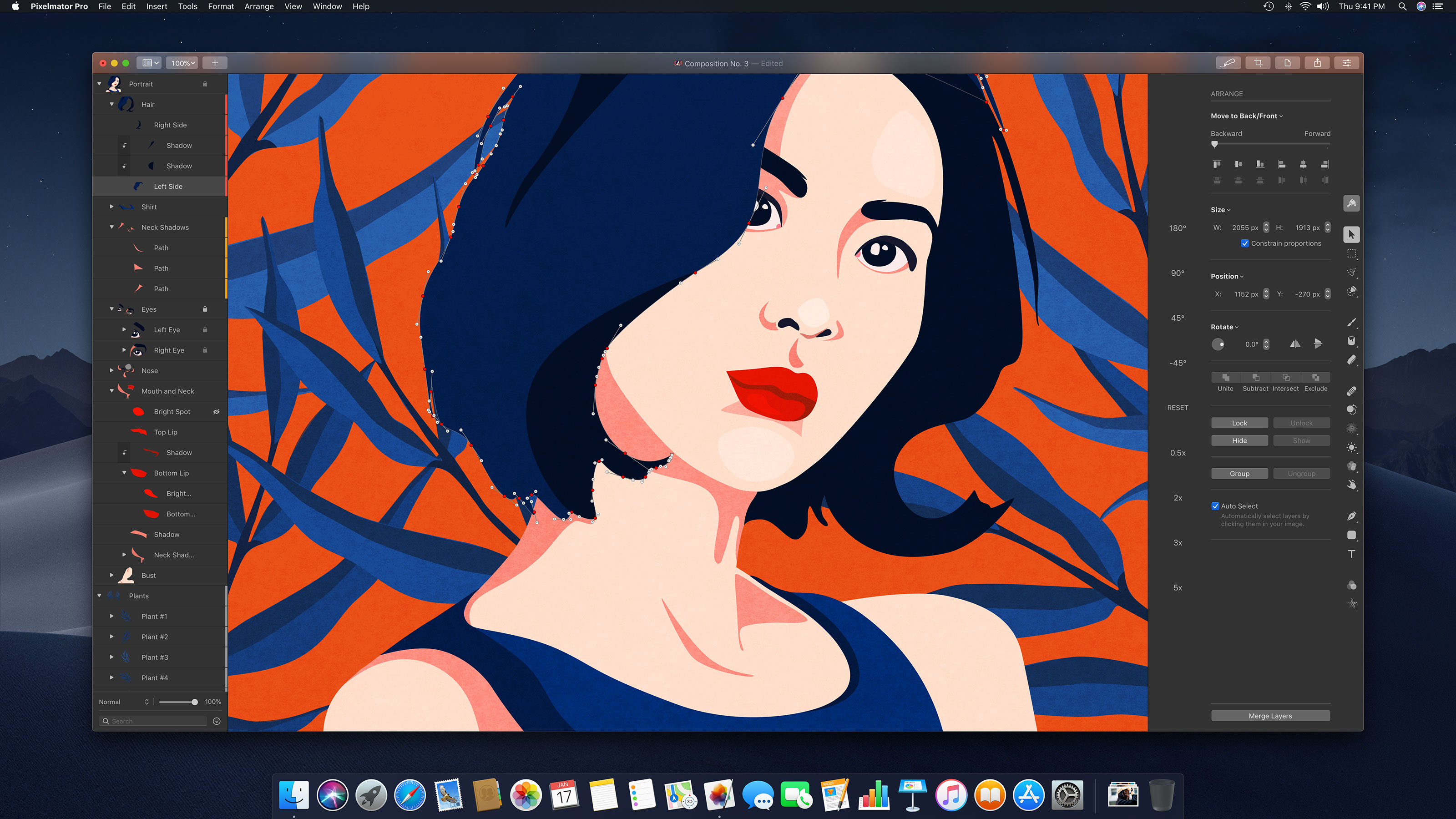 Layer tagging, filtering, and search
In Pixelmator Pro 1.3 Prism, you can now apply colored layer tags to layers, search the layer list, and filter it out according to layer type and layer tag. These new features make it much easier to get around the layer list in compositions with lots of objects and they look pretty darn great to boot. We’ve created a few quick tips to help you get started with using them, so be sure to check them out!

Clipping masks
Clipping masks let you create perfect masks from existing layers in your Pixelmator Pro documents with just a click. This is a really handy feature for anyone working on all kinds of designs and illustrations. It might seem a little surprising but this feature actually took by far the longest to develop and test. And there aren’t all that many image editing apps out there (other than Photoshop) that have proper clipping masks — the reason why is precisely because it’s nowhere near as simple as it looks. But we’re really happy with the job we’ve done and, in Pixelmator Pro, you can effortlessly create clipping masks from any layer in your image. That includes group layers and nested shapes! Plus, you can also use any of the nondestructive effects on both the mask layer and the fill layer, so everything is super flexible.

Quick opacity and blending controls
If you’ve spent even a little bit of time browsing Pixelmator Pro reviews on the App Store, you’ll probably have seen at least a couple 1-star reviews saying there’s no way to adjust layer opacity or blending mode in Pixelmator Pro. There is. It’s been there since day 1. But, clearly, finding those controls was tricky so we’ve added them to the Layers sidebar. And, naturally, the live blending mode preview works there as well!

More!
In terms of other changes in the update, one of the more significant ones is that adjustments, effects, and layer styles will no longer be flattened when you paint, erase, retouch, reshape, or change the pixel content of a layer in any way. It’s the kind of change new users might not even notice, but we know some of you guys really wanted this feature, as did we, so we’re really happy it’s here. We’ve also got a few interface improvements related to this change that are in the works. We’re also really looking forward to shipping those.

Naturally, this update is free for all of you who have already purchased Pixelmator Pro, so head on down to the Mac App Store, get updating, and let us know what you think!
0

And we've got some really great releases lined up for the next few months...
0